It’s not a uniquely US situation. Rent is a huge issue for the whole sector globally. I’ve sent a questionnaire to bar owners in nine (I think) countries, not including yours. In most of them, it’s down to the bar owners to try and reach an agreement with their landlord. Of the countries I surveyed so far, only Norway, where the State covers 90% of a bar’s fixed costs, and Singapore, where the government is paying some money (not clear how much) to landlords who are then supposed to reduced rent by the same amount, have any sort of rent policy. There’s an ongoing campaign in the UK, led by Jonathan Downey, to ask government to provide some rent relief.

I honestly think few countries will move, as the costs would be staggering. It may depend on how the commercial property market is structured: it should be easier politically (except, I guess, in the fucked up world of the US) to impose rent freeze / cuts without compensation to large landlords or developers (public sentiment is against them) than it is to nudge more modest landlords.

I saw reports this morning that Clyde Common won’t be reopening. At this point, I expect the majority of independent restaurants and bars to be wiped out. Of course, new ones will eventually open, but the landscape will be significantly altered.

One silver lining might be a new focus on the lower end of the market. That would be fine by me. Might be hard, though, unless property values and rents decline.

Seeing that they hope to reopen the bar part of it “sometime down the line”, as something closer to a tavern.

My biggest frustration with all of this as an industry no one seems to know where things are headed, not even industry leaders. Not blaming the industry leaders, because who knows what is going on even day to day anymore? But still so frustrating.

And your point on rents is dead on. The high end market will be significantly smaller, and lower end places will have to be wickedly efficient to compete without a significant rent drop, giving yet another advantage to larger corporate entities which have efficiency at the unit level down to a science. The commodification of every part of our lives continues apace.

Here in Europe we’re yet to suffer any significant casualty. They will come. We’re wondering, though, why things are going down the drain so fast in the US. Rent is not the only explanation – it’s a problem in most major cities. New York is obviously on a different planet but so is London. What other factors are at play? Are you just quicker to cut your losses and move on to the next thing? Are people in Europe more willing to wait and see if they can save their businesses?

Anyway, I would not be talking about a major extinction just yet. These things never play out the way we think they will. ‘Les années folles’ weren’t ‘crazy’ because everyone stayed home after the Spanish flu – the pandemic reportedly killed more than 200,000 britons and yet by 1920, you couldn’t keep Londoners indoors.

Needless to say, I would love to be wrong.

I thought this piece about Greg Boehm and his thoughts about improving the odds for bars was an interesting read (full disclosure: while this forum is not paid for by Cocktail Kingdom, there is a loose affiliation):

It’s somewhat New York-specific, but I would think there’s an approximate equivalent idea in most US markets. I can definitely see one solution for New York being to expand outdoor seating into closed streets like you see in European towns. Won’t work on every street, but could work on many. (I’d love to see, for example, West 8th Street reduced to a single, narrow, slow lane for use only by authorized vehicles and the space given over to outdoor cafe seating.)

Some good suggestions, others I would assume more complicated.

It’s been interesting watching the debate from afar. Outdoor seating is seen as a weapon for anti-car activists in the US. In Europe, the prospect of expanding outdoor seating areas is on the other hand seen as a threat by urban reformists…

I’ve been somewhat fascinated by cars for most of my life, but I’ve also learned to hate them, particularly in my urban environments. I’m not sure I qualify as an “activist”, per se, but I’m increasingly, stridently anti-car. I’ve really enjoyed the drastically reduced traffic of the last couple months.

What do the European urban reformists dislike about the restaurants increasingly spilling out into the streets?

Well, precisely that they are spilling on the streets ‘invading public space for private benefit’. (People preferences are quite clear, though: it’s a struggle to find a free outdoor seat at any bar on any sunny springtime day while public benches go mostly empty…

Hmm. Sounds a bit like that approximate 8000 square feet (740 square meters) of public space given over to benefit private automobile parking on most of our streets. (And where there are storefronts, so many retailers insist that without on-street parking, their business would suffer catastrophically.)

Yes. A well regulated outdoor seating system is something I’m a big fan of. I think most European cities strike a good balance, in spite of the backlash I was mentioning (quite recent, mostly linked to the anti tourism movement). And it’s certainly preferable to your current car / pedestrian balance.

I’ve been obsessed with public streets as people friendly as opposed to car friendly for years (since a visit to Amsterdam) and endeavor to live in the most pedestrian friendly cities and neighborhoods I can afford. Brent Toderian, a Canadian urban planner, has done some really good scholarship on the issue as well as showing practical success (especially in Vancouver), and was recently contracted to help the city of Limerick, Ireland become a more walkable space. I am interested in seeing how Coronavirus affects these types of efforts. 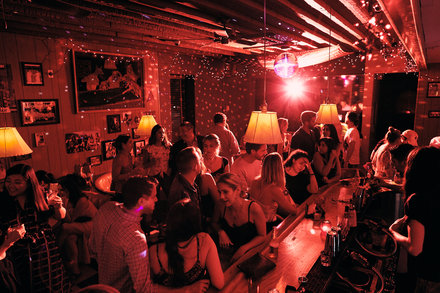 Opinion | Can Anyone Save New York’s Bars and Restaurants?

Even when businesses like mine can open up for real, it will be very hard to keep them going in a socially distanced world.

Yeah, that’s a damn good read. We’re seeing a naked demonstration of how power works in our so-called “democracy”. The airlines example is particularly apt: a handful of loathsome—and loathed—corporations with lobbyists, personal relationships with congressmen, and an undeserved, but potent mystique of importance, can whine and receive concession after concession, whereas small businesses that comprise the foundations of the economy of the country are essentially unrepresented, and deemed expendable.

Same as it ever was.

I’ll add that there seems to be exactly zero possibility that the Republican Party, mainly through its control of the Senate, will permit anything to be done. Indeed, they will relish preventing it. And so vast quantities of restaurants and bars, mainly in places like New York City, will be out of business within months. (There’s no solution for this at the city or state level—for all the lip service we give to federalism, state and local governments have no money to work with.)