Punch magazine published this nice piece by Robert Simonson on March 18 about the author of one of our rarest holdings: the second edition of Theodore Proulx’s Bartender’s Manual, from 1888. 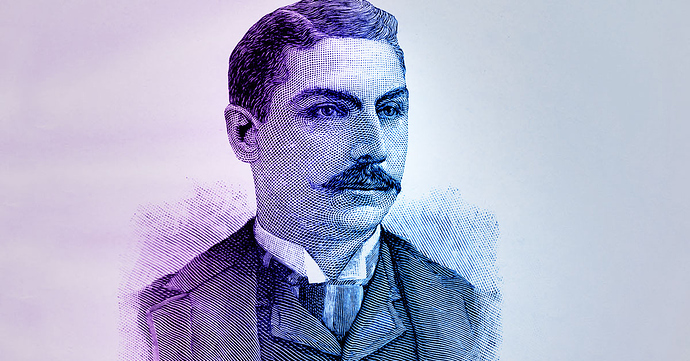 Who Are You, Theodore Proulx? | PUNCH

Theodore Proulx is the most important Golden Age bartender-author you've never heard of. When cocktail history is written and sources are cited, certain fi

This 1888 edition is quite slim, but was nicely put together with a rigid card stock-like cover: 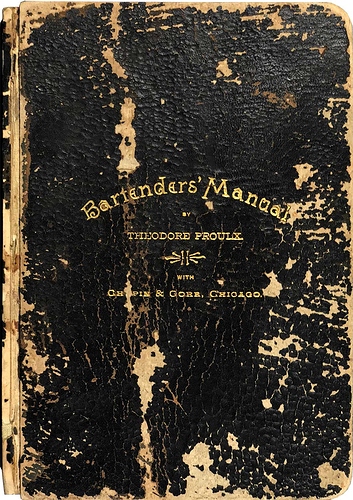 The first edition—ostensibly from 1884—was probably more a pamphlet than a book, and until one turns up, we presume it lost to time.

At Cocktail Kingdom, they’ve made a Xerox of the book, as the original is off limits for handling now. I’ve suggested to Greg Boehm that he reproduce the book several times.

would be nice to have a digital scan of available

100% agree. After reading the PUNCH article last week I tried to do some digging on Mr. Proulx and the guy is a ghost. I would like to see more about him and his take on cocktails.

Very nice article–well done. One of the reasons Proulx is so hard to track is that his given name appears to have been Theophile, not Theodore, although he used the latter name professionally.
He died August 4, 1918. Here’s his death notice:

Thank you for this missing piece in the puzzle. And, yes, the Langtry Punch is in his book. It does not match that recipe though. Proulx’s is rum and whiskey based. It does call for a claret float and fruit, however. I’ll post an image of the recipe if I can figure out how to do so.

Well, thank you for the missing piece in my own Proulx puzzle: I suspected that the bartender and the lawyer were one and the same, and collected some information about the lawyer on that basis, but the only picture I found didn’t look much like the one from the book and I had no other direct link. The one you found is a much closer match.

EUVS Collection In 1888, Chicago’s Theodore Proulx (who worked at the Chapin & Gore bars) published his Bartender’s Manual, in which the name “Old Fashioned” was first coined for this cocktail

Thanks a ton! Can’t wait to dig into this.

I get no credit. Just passing along the link.

We are so fortunate to have euvs as a resource.

We’re fast closing in on complete availability of all old bartender’s guides. Of course, we’ve had such a thing for, say, 17th century English literature since the 60s, and it’s still a foreign country that few indeed understand. Unfortunately, getting the books is the first stage, not the last.

Unfortunately, getting the books is the first stage, not the last.

Or perhaps, fortunately? What is the second stage?

This is very cool. First time I noticed the inscription “Property of August Goldback, Diamond City.” I assume that’s Wilkes-Barre, PA. Though it also says a hotel in Pittsburgh. Curious.