The Birth (and Rebirth) of Rum Brands

Now available for your comments and the resulting controversy: 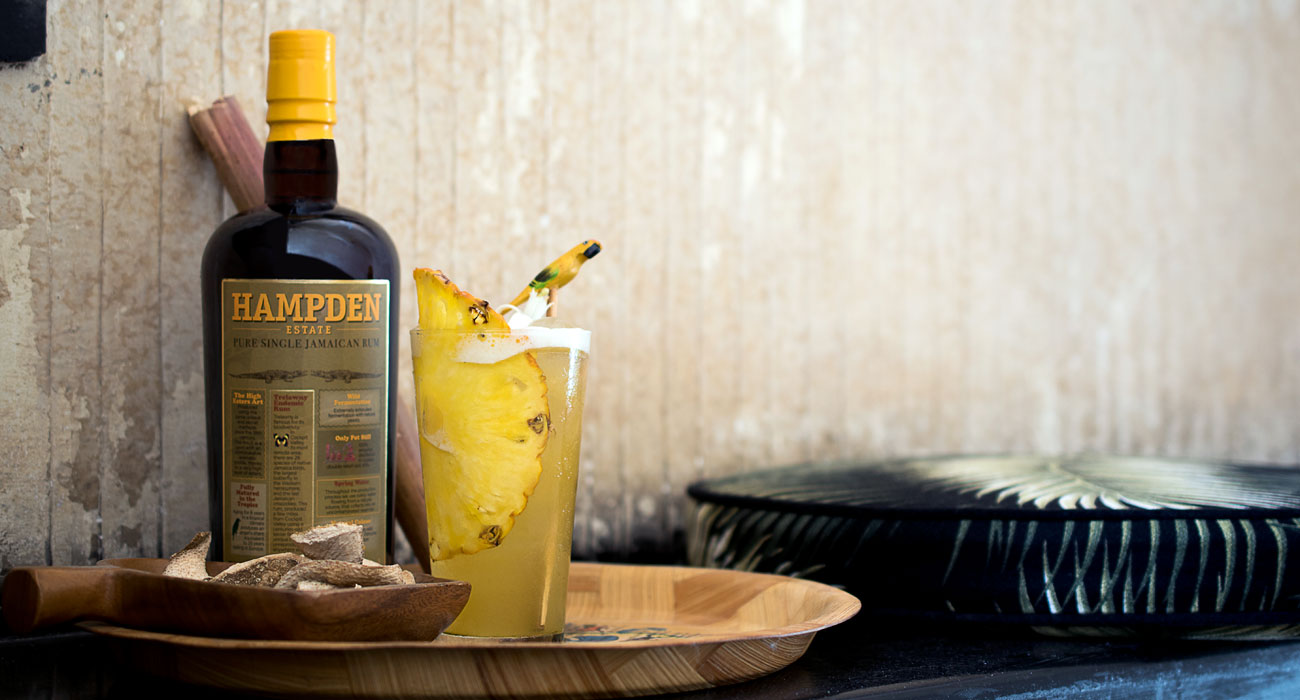 The Birth (and Rebirth) of Rum Brands

Though it was founded in 1753, Jamaica’s Hampden Estate distillery only this year issued the first aged rum under its own brand name. Now is certainly a good time to bring a Jamaican pot still blend to market, as interest in this family of styles is...

I took the opportunity of the recent launch of the Hampden Estate rums to investigate the history and purpose of brands a bit. Featuring the significant contributions of a veritable who’s who of experts.

It’s a big topic, of course, but I wanted to get the discussion going. Now tell me how I could have done better!

I like the piece and I like Jamaican pot still rum. I guess I’ll drink some rum and wait for the controversy to surface.

Seems to me that Hampden and Worthy Park might have the opportunity to redefine what Jamaican rum means, in the manner Carpano did some years back with Antica Formula. We’ve been accustomed to the middle-of-the-road Appleton products that have dominated “Jamaican rum” for decades. This new stuff is gonna be a shock if they can get it in front of bartenders and drinkers.

Total agreement on the redefinition. Obviously that is the intent of those producers as well.

I’ll go out on a limb and assume that @Splificator’s quote won’t go down well in the rum community.

Which quote do I have to worry about?

“Rafael Arroyo figured out how to make clean rum,” Wondrich said. “If you wanted rum to taste great before that, the standard way to do that would be to ship it to England where it would sit in the London docks in barrels, or to Bordeaux where it would sit in the docks in barrels, for years, and some of the sweatier components would come out.” The transport to Europe was part of the “recipe.” “But Arroyo said if you ferment it clean and distill it clean, you don’t have to go through all that.”

Lo and behold: shortly after I posted here, I saw Richard Seale had posted the link on Facebook overnight, with that exact quote.

Well, ok; I was speaking briefly, even telegraphically, as part of a 15-minute, 2500-year survey of sugarcane distillation, and I was speaking in Puerto Rico, Arroyo’s home. The story is obviously more complicated than that. But he did pioneer the ultra-clean, scientific style of (mostly) column still rum that would for the most part define the successful Caribbean runs of the post-independence era—the (post-Cuban) Bacardis, the Appleton’s, the Mount Gays, the Cruzans, the Angosturas, etc. These rums do mature faster and were much more in line with global spirits trends than the heavier, long-aging potstill rums that were already in decline in the pre-war era. Of course there are subtleties and exceptions.

It’s always terribly disappointing to me that when controversy arrives, it takes the form of an out-of-context quote.

To be perfectly clear, I’m not claiming Ben misquoted me or got me wrong at all; i’m Just saying in a more detailed discussion I would have provided a more nuanced argument. But based on what I know, I don’t think I’m fundamentally wrong.

I think Richard is interpreting the quote in a different way than I do. I think he thinks of “clean rum” as a value judgment about historical forms of rum, but I don’t think David was describing a personal judgment. He was reporting on the change in what type of rum was most popular globally. That definitely happened. He’s summing up decades of events in a couple sentences, but he’s describing something real.

I think I could have been clearer in tracing the thread through this. What does the group think would be an appropriate clarification on this point?

This is a complicated topic, but we may have mischaracterized some of Arroyo’s ideas on maturation. Lots of people were making continuous column still rum well before Arroyo came along. His contribution to their dominance may have just been adding centrifugation to keep the stills from encrusting with junk and shutting down.

When Arroyo claimed he could make distillates that matured faster he was likely talking about the full flavored batch still variety. I think his concept was that if you capture noble volatile acidity (by distilling at a really low proof) and thus start with a low pH (basically a tart distillate) the reactions in the barrel will start faster. They won’t have to wait for the wood to break down and drop the pH.

On top of this, he helped tackle the “tufo” problem because sometimes the old pot still stuff stank. It kind of seems like many of his methods would have helped the batch production rums ascend in viability, but that didn’t seem to happen.

Arroyo doesn’t really seem to have made much of a contribution because most of his ideas were never realized. The time to use it all is now. A lot of what we project on Arroyo came from the Rum Pilot Plant a generation later. The intriguing stuff never really happened.

We also assume everything happened because of a competitive market, but there may have been a lot of anti competitive behavior at play.

I think he’s perhaps more important as a symbol of the kind of work that was transforming not just the rum industry, but the whole spirits industry in the 1930s and 1940s. You also see it in the manual that Seagrams prepared for their distillers in 1940: professional, up-to-date lab chemistry brought into the still-house. Certainly that was Arroyo’s goal, and that’s what happened. You can’t make modern Bacardi by the seat of your pants.

I don’t think Arroyo compares to those works. Herman Willkie and Paul Kolachov were obsessed with value stripping Bourbon and they crashed it before it was revived by Turkey and Maker’s Mark.

Arroyo tackled the toughest topics like rum oil, Pombe yeasts, and harnessing symbiotic bacteria then he up and died prematurely. No torch was passed on those topics until the French started doing some Pombe stuff in the 1970’s & 80’s. Even then, renaissance did not come and I think it broke their hearts. The technical bibliographies from the globe trotting super consultants of the following era (think Dr. Jim Swan) had massive holes and the literature we’re gathering now shows a ton of ideas that never got disseminated.

I firmly believe we don’t have closure on Arroyo’s projects. It is important to see Arroyo as wide open and very much for our generation. It also requires proper investment, hopefully at the scale of Sagamore Spirits or Firestone in TX. Currently, a lot of very tiny new distillers bite off a chunk, cannot handle the whole and sour the ideas.