As a demonstration of how each of the names on the list of influential bartenders can be an almost bottomless rabbit hole of drink history and culture, here’s a piece I wrote for the Daily Beast on Mr. Galsini (1900-1982). It’s quite long, but I feel like I barely scratched the surface. 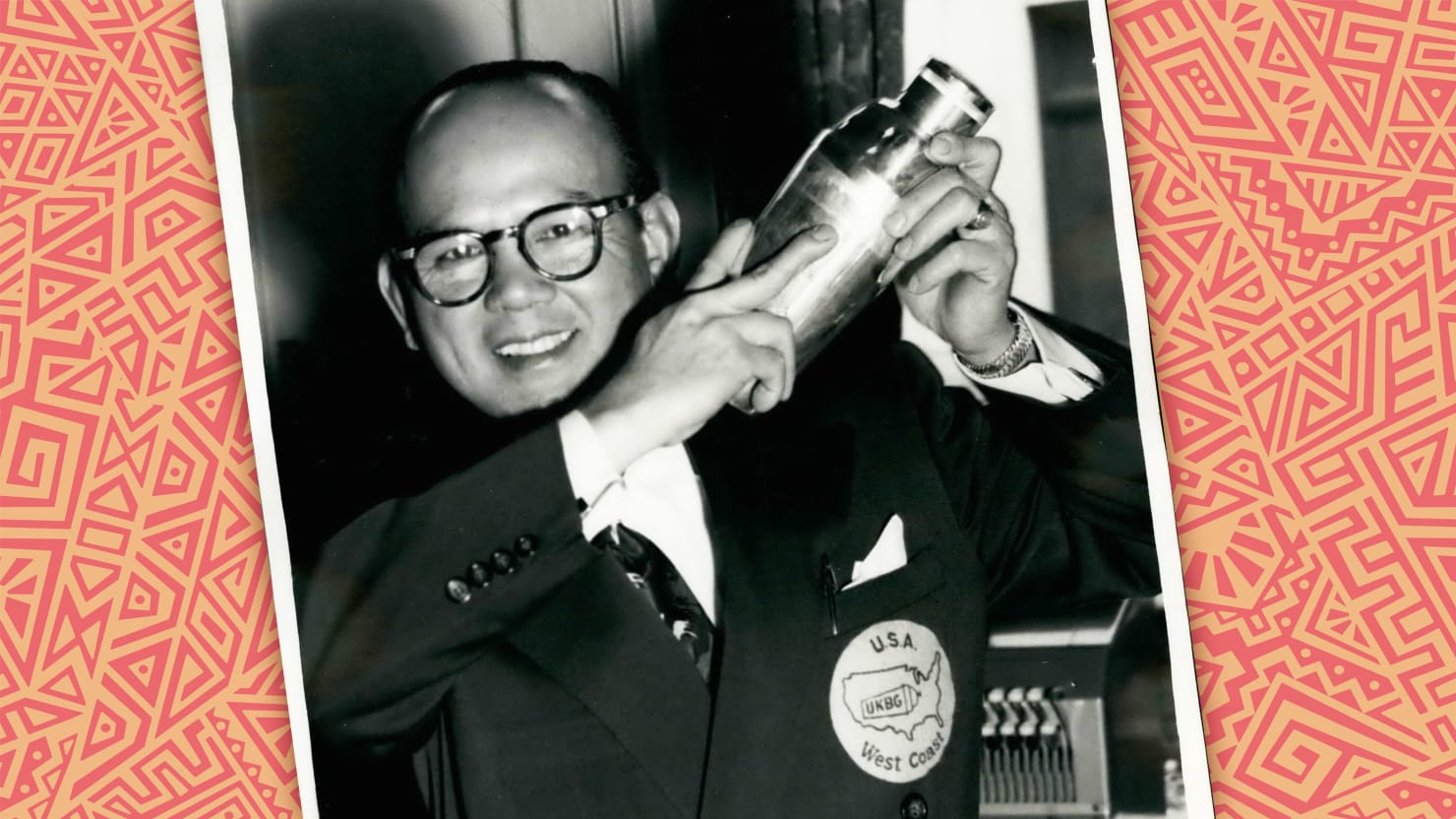 Finding Popo: The Search for a Lost Tiki Master Bartender

The life of bartender Popo Galsini is like something from a Thomas Pynchon novel and, amazingly, it was almost lost to history.

Well, that was a hugely entertaining read!

One can only hope more bizarre kinks from his life will surface in the future.

For giggles, here’s a link to Garret Richard’s refinement of the Saturn: 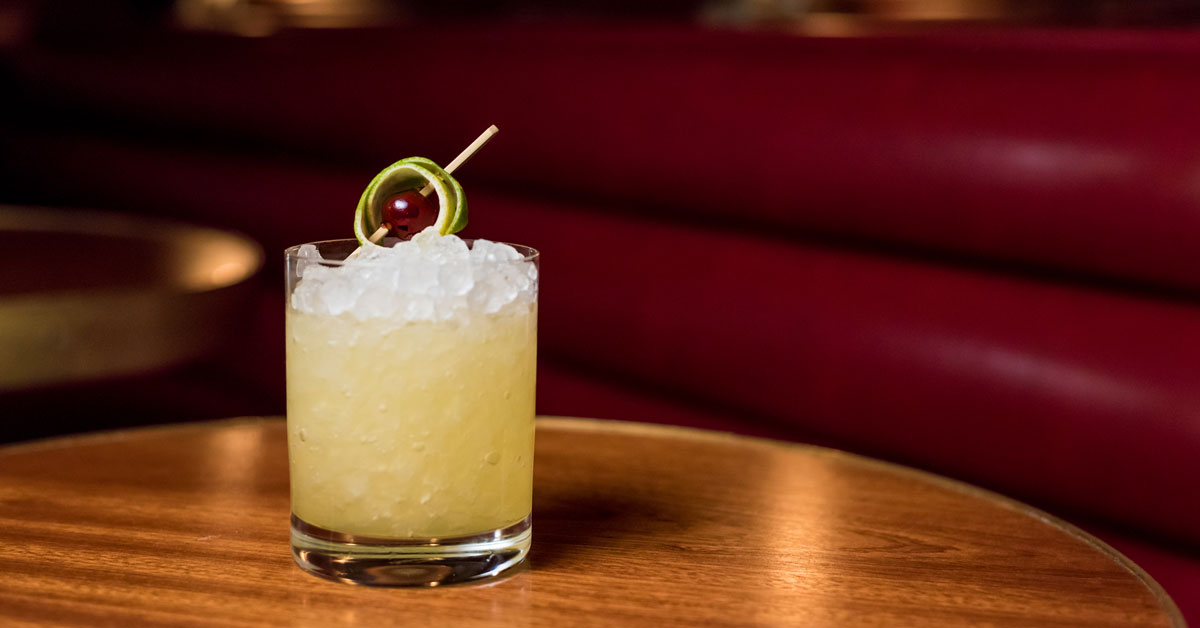 The Saturn is an essential gin-based entry into the classic tiki canon. This version was adapted by Garret Richard for New York bar, Slowly Shirley.

A great piece, David, and a particularly fun Pynchon pastiche.

Out of curiosity, were Galsini’s career movments in line with the other master Filipino tiki bartenders of the era? While I know they were all heavily recruited, he comes off as a notably restless hired gun (not to mention restless husband).

Thank you, gentlemen. That sounds like a good Saturn. I had one the other night at Latitude 29 that really seemed like it was designed by Rocketdyne.

As for the other

[oops] Pinoy bartenders, I get the sense that Galsini was at the high end of the range when it came to mobility. Even when he had a great job, like he did at the Island and the Outrigger, he wouldn’t–or couldn’t–stick with it. But the careers of the original Filipino Tiki stars are tough to chart.

I’m a fan of the Saturn, and of most gin-based tiki drinks, which, I know, are few in number. But that’s just me.

A few items posted by Scott Schell on a thread about @Splificator’s article on Facebook (I’m shamelessly copying them over here for posterity): 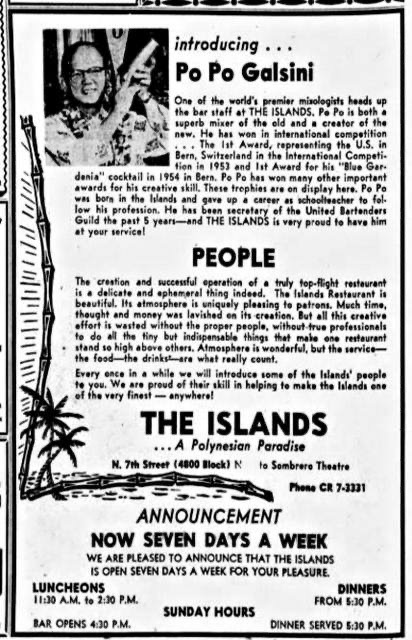 Schell also says Galsini worked at the Hukilau Lounge at the Captain’s Inn in Long Beach in May 1961.

He also shared these images of a mug from the Al Williams Papagayo Room at the Fairmont in San Francisco. Same mug as Kelbo’s, so maybe Galsini worked at the Papagayo, too, at some point. 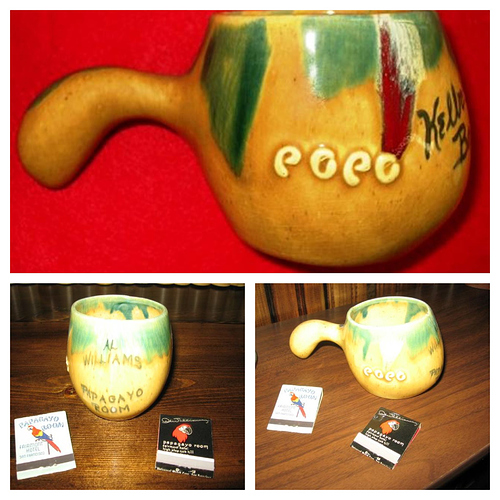 Funny, I just finished writing a correction to the article because a tying-up-loose-ends search I did last week turned up both the Hukilau reference and another one indicating that Galsini was working in the late 1940s at the Palm Springs Tennis Club. When I ran the Hukilau reference by Jeff Berry he told me that the Captain’s Grog and the Gold Cup from his Grog Log were from that bar.
The Papagayo Room thing has me stumped; the Kelbo’s mug makes perfect sense, of course. (The Islands ad is one of the things I drew on for the original article.)
The solution, as always, is more research. I hope Scott has some more lines of attack because I’ve basically run out, although you never know.