This article about microwaving a bottled cocktail (albeit not literally in a bottle) triggered a brief discussion with @slkinsey : 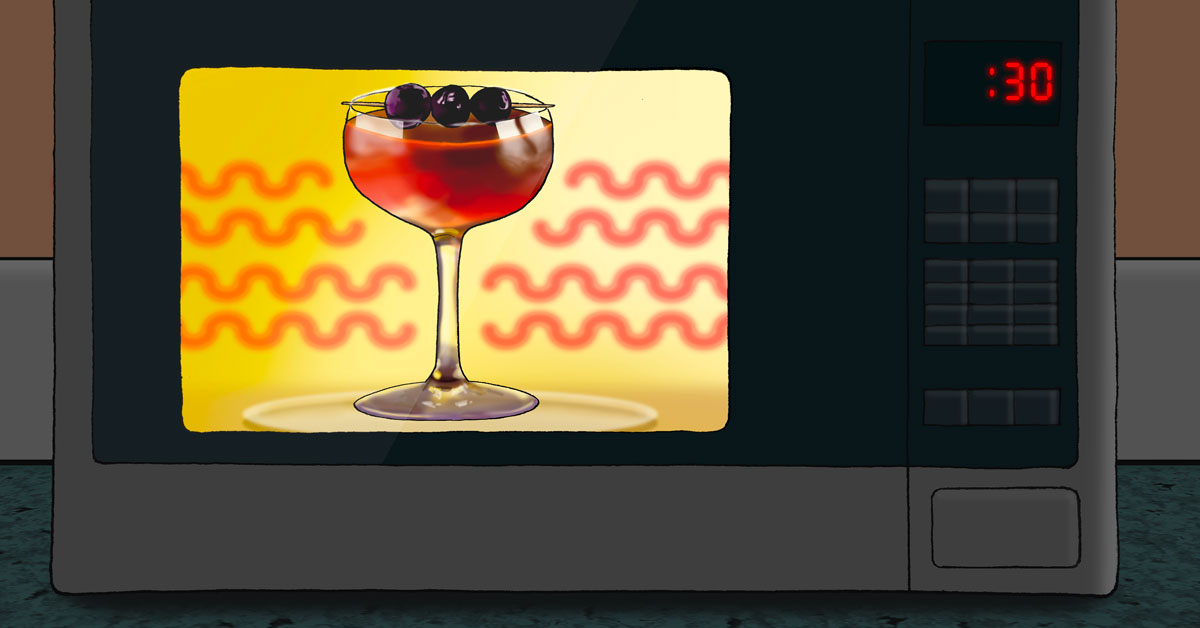 He opened his first bar just seven years ago, but Ryan Chetiyawardana has already established himself as one of the bar world’s most forward-thinking pl

We both had the same reaction: the article is mostly bull. And a bit worrisome.

What is described is heating a bottled cocktail to alter it, and that can be done any number of ways. Inserting a red hot loggerhead into the mixture is a classic one, practiced today, in-season, at Existing Conditions, New York. Simply heating the mixture in a pan on the stove is the simplest. Cooking the drink sous vide has been done for some time by Tony Conigliaro in London (and many others, by now). The loggerhead technique is generally done on a per-drink basis. The sous vide technique is generally done with a batched drink, like Mr. Chetiyawardana’s approach, although it is suitable for pretty much any quantity.

However, sous vide is a much better approach than a microwave because you have real control—you set the temperature—and therefore considerably less risk of an explosion. (You still have to know what you’re doing.)

Hopefully, nobody will blow themselves up as a result of reading Punch’s article. The recipes Punch supplies from Mr. Chetiyawardana specify volumes of ingredients and cooking times. I have no idea how he came up with these other than trial and error. (Apparently, he hasn’t blown himself up, yet.) Note that if you were to attempt one of his recipes using a lower volume of ingredients, but kept the same cooking time, you would probably significantly increase the risk of explosion. Add the factor that “high” and “medium” inevitably mean different things on different microwave ovens.

In the end, file this all under the same category as barrel-aged cocktails, bottle-aged cocktails, and, as Sam pointed out, the Japanese bar techniques designed to erase any sharpness in a drink and smooth it out. There’s a place for all this stuff, but mostly on the fringes.

The “magic of using a microwave” espoused in the article just isn’t there for me. I mean, would microwaving a batched cocktail change the flavor? I’m sure it would. Would this be for the better? Depends on who’s tasting it, I suppose. Regardless, all the author says he sought to do was to “cheat time and mimic the flavors that come from extensive aging.” Mimicry isn’t the same as the real thing. I’ve aged punch and other things for quite long periods of time, and I don’t see any way that a short trip through the microwave would substantially reproduce the effects of oxidation, degradation of citrus particles, etc. that happen over a lengthy period. And, of course, most “aged cocktails” nowadays are aged in wood (and not for all that long). I don’t see a microwave improving on that.

Well, well. The microwaver is coming to New York. 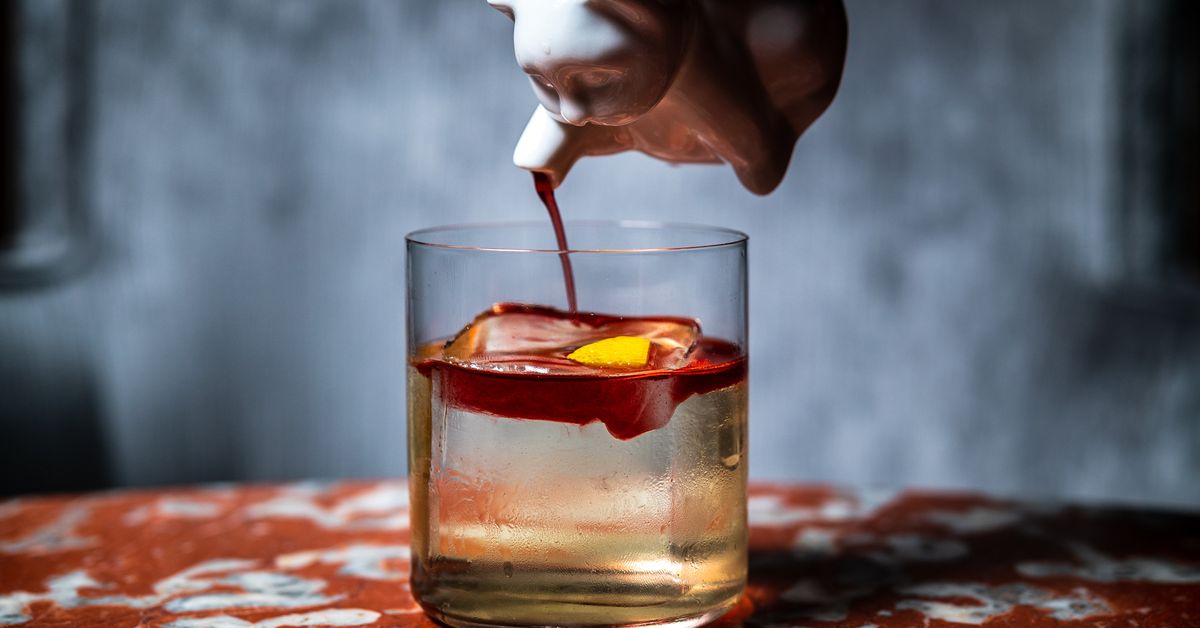 The London Mixologist With All the Cocktail Awards Opens His First U.S. Bar...

I’m not sure this thread and its tone are quite fair (to use a word the Brits love) to Ryan Chetiyawardana. I’ve drank on a regular basis first at bars he worked at and then at bars he owned since 2011. The first time I met him, at Purl, I was blown away by his Sazerac – in fact, my wife realized she could love strong cocktails there and then. The last time I had one of his (or his team’s) drinks – at Lyannes last April – I fell in love with his Queenie Harvard – a version of the Harvard involving a bit of trickery.

I’ve been aware of his microwaving since 2014 (I think), when I was writing my vermouth book. I had heard about the ‘microwaved’ vermouth he sometimes used and wanted to know more. I didn’t mention it in the final book – but then again I didn’t include a home-made vermouth recipe either. I’m conservative like that. That the microwave bit – something he never really insisted on previously, to my recollection – seems to be central to the marketing plan put together for the States probably says more about the marketplace that about Chetiyawardana.

Ryan Chetiyawardana is a Conigliaro / Drinks Factory alumni. If you’ve ever been to a Conigliaro bar, you know the drinks are involved but that most of it is kept in the lab – you don’t need to be told about it to enjoy the drinks. Chetiyawardana’s approach has been to mention the techniques but, by and large, to keep it accessible or understandable by the general public. And ‘fun’. In his books, most of Tony C’s recipes are impossible to reproduce. Chetiyawardana’s are a pain but it can be done.

I’m not sure either of you guys will enjoy the cocktails but if you have the chance, give it a try. I’m, at heart, a grumpy ‘don’t mess with my Manhattan’ kind of drinker but I consider Ryan Chetiyawardana to be one of the most thoughtful bartenders around.

I’ve been to each of Chetiyawardana’s bars at least one. The cocktails are always top notch. And he is certainly a true innovator, though sometimes those innovations are worthwhile (sustainability, production of his own house spirits), while other times they supercilious. I AM frustrated by his habit of opening acclaimed bars and then routinely closing them to open something else. It is not a habit that has the customer in mind. And his relentless careerist tendencies give me pause.