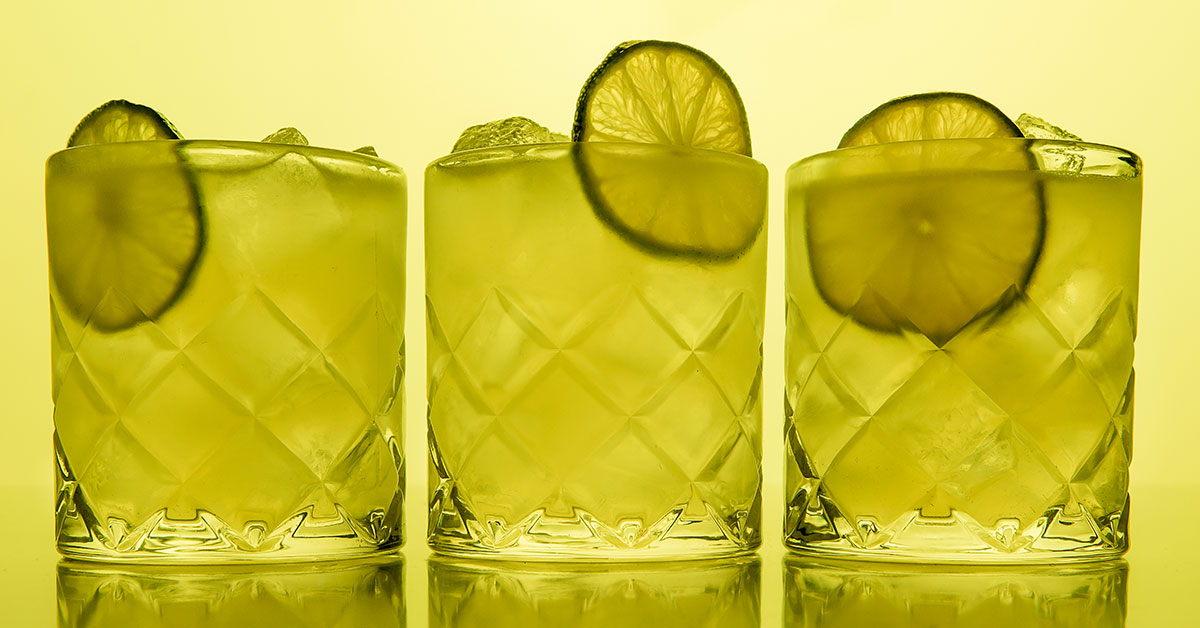 In Cuba, there’s an old adage: Sin azúcar no hay pais. Translation: Without sugar, there is no country. Hiking among the decrepit remains of mills, bar

The Canchánchara is a great drink and Julio Cabrera’s version is excellent. It has also been pushed under a modernised format by Havana Club recently. But is it the original Cuban cocktail? You’ll fail to find any proof in the article.

I actually looked into the drink two years ago and wrote a long essay on it for a magazine that unfortunately folded before publication. And my text / quest started where Punch’s piece starts – the area near Trinidad.

The narrative pushed by tourism authorities in Trinidad is that the drink - a mix of aguardiente, citrus and ‘miel’ (honey or molasses) - was born on plantations. Slaves would mix the stuff at the end of the day. It was then taken up by the freedom fighter during the struggle for independence and, obviously, it’s the ‘primitive’ version of the Daiquiri.

This is a suspiciously perfect story - Cuba’s Ur-cocktail hitting all the patriotic sweet spots. Almost too good to be true. The problem is that the drink doesn’t come up in the (copious) cantinero literature.

Jared Brown and Anistatia Miller tried to trace it to a late 1890’s article. The (American) journalist mentioned the Canchánchara as a mix of lime, honey and hot water. Brown and Miller hypothesised that ‘hot water’ was a mistranslation for ‘aguardiente’ (burning water). Why not? Thing is I have since found dozens of mentions of the Canchánchara in diaries written by Cubans involved in the independence wars. None of them ever mention booze. It would appear that the word ‘Canchánchara’ was used as a byword for coffee ersatz - something fighters would drink in the field the morning in the absence of coffee. Even Cuban booze chronicler Fernando Campoamor, in his 1981 book on the history of Cuban rum, defines the Canchánchara as a boozeless hot drink.

So when did the Canchánchara become the OG of the Cuban cocktail? The earliest version of that story I could trace was in Norberto Fuentes’ Hemingway in Cuba, published in… 1984.

Obviously, I’m not saying no one in Cuba ever thought of making a rum toddy (It is, after all, the natural thing to do). That’s not my point. It’s just that the drink has been loaded with a signification I now find hard to justify.

Interesting. I’d never heard of it until that article, which I skimmed and found baffling.

I’ve been really disappointed with Punch. They have all the ingredients they should need but the editorial quality is just not there. Unless I see @RobertSimonson or someone else in particular I know in the byline, I don’t usually bother to read further.

I obviously disagree. I feel fortunate to be a part of that staff. A smarter group of writers/editors I’ve rarely, if ever, encountered in the food/drinks writing world.

I should clear up any confusion that my opening sentence may have created: the “typically frustrating” thing here is not Punch in general (more on them below). It is a style of article that you see across platforms. They normally involve grand opening historical statement only to rehash origin stories based on hearsay. They usually end up promoting a twist or a version offered in a bar somewhere on the planet.

I have written for Punch on a couple of occasions in 2016 and I enjoyed it. The editing process was certainly more serious than anything I had dealt with until the point - or since. And Simonson is far from being the only interesting writer then. It is a talented bunch. If I haven’t written more for them, it’s because I didn’t take the time to pitch. When my very own Canchánchara piece ended up without a publisher after the assigning magazine folded, I actually thought about doing a rewrite and sending it to Talia. But life… This being said I have to admit I have found myself less and less attracted by Punch’s content over the last couple of years. And I guess it’s possible that, for some, the project promised more than it delivered. It’s still miles ahead of the competition.

For example—and this is literally the first and only one I grabbed because it was up top when I just hit the web site now—here we have an article by Drew Lazor (I don’t know him): 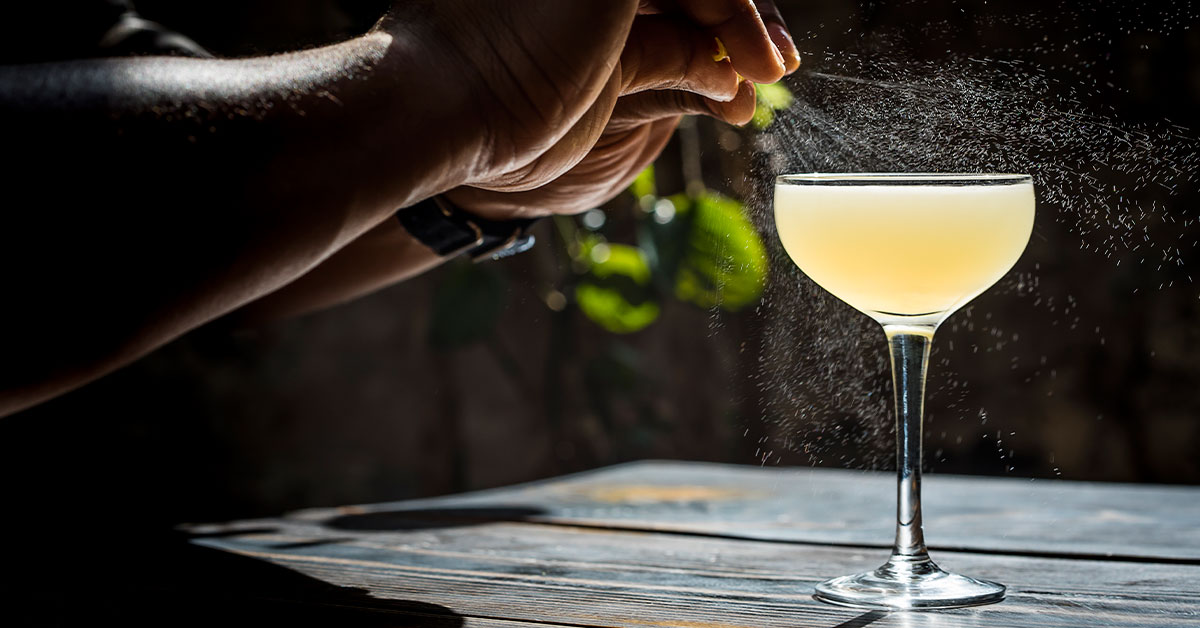 Bring Back the Douglas Fairbanks | PUNCH

On the one hand, this piece does something Punch does well: feature an interesting contemporary drink and mixologist.

On the other hand, there’s a couple paragraphs in the middle of the story purportedly about the history of the drink in which the writer mentions a few arbitrarily chosen cocktail books—perhaps the ones he had at hand—and appears to make the exact same mistake as many others conflating the [Charles W.] Fairbank[s] Cocktail with the [Douglas] Fairbanks Cocktail. No apparent attempt to contact anyone who might actually know something about the history of these drinks. No research, just the appearance of research.

I don’t mean to come off as a troll, but this stuff is frustrating.

I have found that there is not much reward in actually doing the research and presenting it properly with the "i"s dotted and the "t"s crossed. Most editors really don’t care one way or another and are just as happy to have the standard header-asked a bunch of bartenders-conclusion type article, and those are far easier to turn out than something that requires a deep dive into the archives. Meanwhile stunt (“I Found the Worst Drink in America–And Loved It!”) and clickbait (“You’ll Never Believe What They Use to Flavor This New Gin!”) articles receive far more attention and are thus, from the publication’s point of view, better.
I’m in a fortunate position at the Daily Beast where I can, for the time being, still attempt such things, as long as I can turn them out quickly, but the whole enterprise seems anachronistic.

To be fair to Drew Lazor, Craddock is partly to blame since he mentions Douglas right under the second recipe – the Dry Martini with noyau, which is historically the first.

The Douglas Fairbanks Brian Kane is updating first appeared in ‘El Arte de Hacer un Cocktail y algo Más’ from 1927, although the author forgot (or so I hope) the lime.

To be fair to Drew Lazor, Craddock is partly to blame since he mentions Douglas right under the second recipe – the Dry Martini with noyau, which is historically the first.

Hurrumph! Maybe Drew Lazor could’ve taken a five minutes to send out a couple emails and ask around instead of cherry picking?

Again, I don’t mean to pick on Mr. Lazor—my perception is that this sort of thing happens a lot with Punch articles, and if they would address it, they’d level up.

One of the reasons I started the discussion about the cocktail canon was that I’m tired of people—including myself—dipping into problematic sources without enough context to go on and getting distracted by the shiny little (and sometimes, not so little) lies. If we can eventually evolve the canon discussion into a readers’ guide, that might be a good thing.

I think it’s easy to underestimate how difficult it is, as a writer, to receive an answer from reliable sources, especially under deadline. It is wrong, but you naturally drift towards doing your own quick ‘scan’ through secondary sources and take it from there. At one point, you don’t bother to actually reach out to people if the info they are to give you is not seen as essential by your editor. I’m not justifying this in any way, shape or form. It’s just something I have seen, even from esteemed colleagues - and I may, sometimes, have fallen prey to the tentation myself.

Of course, getting Martin’s Index would be an easy step towards less mistakes without loss of time…

Ha! Alas, I feel the Index has slipped behind. I hope to address that in coming months.

Still the one app I can’t do without. A quick look for dates / sources, and if anything jars I’ll have a deeper look. Saves me a lot of time.