Interesting side question: do we know who first coined the term “disco drinks.” It’s used so often now in reference to cocktails of that era. I wonder if someone said it first.

The Sardi’s book I added to the list covers a lot of disco drinks and shooters, sometimes amusingly. I don’t know how far we want to go with that stuff though: does a book like John J. Poister’s 1989 New American Bartender’s Guide qualify as canonical? It pretty much summed up the age (and brought us the Jungle Bird).
Benson & Hedges Presents Drink Recipes from 100 of the Greatest bars (1979), with recipes curated by Playboy (presumably Thomas Mario), is another that defines that age, in all its gaudy horror.

I added a couple of other non-English books to the list the other day, but it definitely needs more. There should be a IBA guide there, for one. It would be good to have something from behind the Iron Curtain (all I have in my collection is B. Rutkauskiene’s 1973 Kokteiliai, in Lithuanian, and I don’t know if it was based on a Russian model).

And here, for those who are amused by such things, is a column I wrote on the Benson & Hedges book:

Why I Hope 1970s Cocktails Never Come Back

Our columnist looks at a disco-era cocktail guide and recoils in horror.

Yes, funny how the term is everywhere in ads for clubs and bars from the mid-70s on. Just wonder if any specific person or bar coined it.

I’ve never seen any one source; any proto-Heywood Gould who wordsmithed it up, but it didn’t take a lot of smithing, either. As for its prevalence now, heree’s this from William Grimes, writing in the Times on March 27, 1991:

In between “classic cocktails” and “disco drinks” (amply sweetened, highly caloric drug delivery system that also appeals to infantile tastes) lies something I’ve been struggling with, on and off, for many years: a genre of mixed drinks that seems to genuinely appeal to certain tastes, but perhaps has no name? I mainly associate this genre with the contemporary era, and I’d point to Nick Mautone’s book as an early document of them. The word that maybe best describes these drinks is anodyne. These drinks are often kind of mild (not too spirit forward), often “culinarily influenced” (fresh herbs and/or fruit), often served over ice. They are the sort of drinks Martha Stewart might put in a cocktail book. I do not generally like them, but I recognize a great many people do, and I don’t wish to begrudge them that. At the same time, I want to put them in a box. They’re part of the landscape.

Perhaps they have deeper roots (cobblers and highballs)?

I’ve always called those “Food Magazine Drinks,” maybe just a wee bit pejoratively. Back in the 90s, they were starting to do just fine, until a certain persnickety crowd of retronauts hit everything with a stick of used-to-be and suddenly everything was Art Deco or Pre Prohibition or On the Beach At Waikiki. Lots of vodka, lots of wine, bubbles, fresh and light and maybe slightly better for you than a Sazerac.

There were two levels of drink between “Classic cocktails” and “Disco Drinks”, not one. Back then we referred to the first tier of post-disco drinks as “Sex in the City” drinks- (I remember Dale often using this term). The next phase (late 90’s / early 00’s) we referred to simply as “Culinary Cocktails”.

I think you’re right: there was the Apple Martini-class drink, and the food-magazine or culinary one. Quite different.

This is good to talk about. We can’t pretend this stuff doesn’t exist—it’s probably more widespread today than the classic model we’d prefer.

I feel fine with the term “culinary cocktails”. It works, and I think it’s something we could define in some detail. I will start a new thread about this.

I’m less comfortable with “sex in the city drinks” as a name (too tied to something unrelatable), and I’m not even sure what it means at the moment. Are they part of a continuum running back through the fern bars to the Screwdriver in the early 60s? Alcohol candy? How are they not “disco drinks” circa 1992 instead of 1979?

Jeff Berry and I did a presentation on this group of drinks at Tales back in 2013. Here’s an excerpt based on my notes:

In his novel Cocktail, Heywood Gould sketched out a new canon of mixed drinks that came together in the early 1970s, the first one to form in two generations:

“It was the era of the fancy cocktail. The saloon culture was expanding to include people who had very little experience with alcohol, and would have been much happier in an ice cream parlor. The liquor companies responded to this new market by creating recipes for its childish palate, improbable, dyspeptic combinations of liquors, fruit juices, and heavy cream.”

His list (drinks with an asterisk were developed by corporations and pushed through advertising):

A few veterans were also included in this canon, if they fit with its aesthetic (sometimes, that only meant being very brightly colored):

Then the Sex Drinks:

(Sorry about the crazy formatting.)

Nick Mauntone definitely worked hand in glove with the kitchen back in his 1990s
Gramercy Tavern days.

That’s a great name for them, “Food Magazine Drinks.” Even today, I find the cocktail recipes run in food magazines to be largely suspect and often terrible. Most are too interested in novelty and color and kitchen-derived ingredients.

I mean, after a long day of banging your head against the wall, is a flute full of something combining prosecco, elderflower liqueur, suspended pomegranate seeds, Meyer lemon juice, Manukha honey syrup and 2 teaspoons of tangerine-flavored vodka, with a sprig of rosemary and, I dunno, a dehydrated fuji apple slice that has been dusted with bee pollen, going to fix your mind? I think not.

Indeed. Even when printing recipes for classic cocktails, the food glossies can’t seem to help themselves, always adding some odd culinary touch that “improves” the drink.

Ok ok, there are a ton of stupid, overwrought recipes out there in food magazine land, and they’re easy to lampoon. But there’s also stuff like this that people actually make: 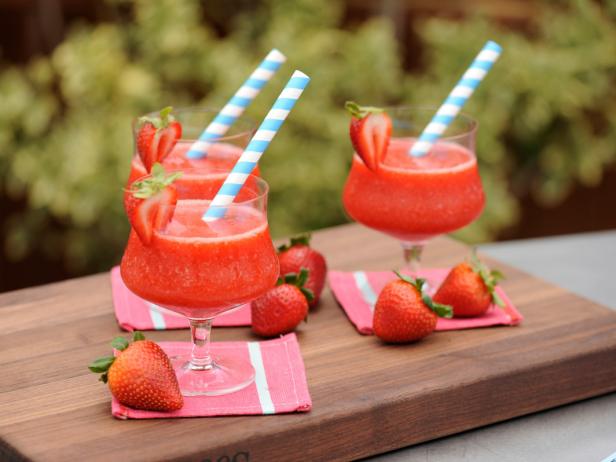 None of us (currently in this conversation) have much interest in drinks like this, but the people that do have no taste for the classic stuff we sling. Our stuff is too strongly flavored, too boozy, too whatever… challenging. There’s a legitimate genre there amidst the fluff.

You are absolutely correct. There’s room for both schools to exist, and each could learn something from the other (and often does). It’s easy to lampoon the excesses of either school.

So. If we don’t call them FMD (Food Magazine Drinks), what do we call them? Culinary drinks? I wish there were something better than that.

Could you live with “vernacular drinks”? The other kind are often popular, too.
I’d divide them into Classic Drinks and Vernacular Drinks, with a lot of overlap and mobility between them over time.