Joe Fee, the face of Fee Brothers bitters in Rochester, NY, died yesterday. This profile by Brad Thomas Parsons, which ran less than a month ago in Punch, and now reads as especially poignant, is worth a look. An early and important figure–perhaps THE important figure–in the rediscovery and rebirth of cocktail bitters over the past 20 years. Let’s hope the company continues on. 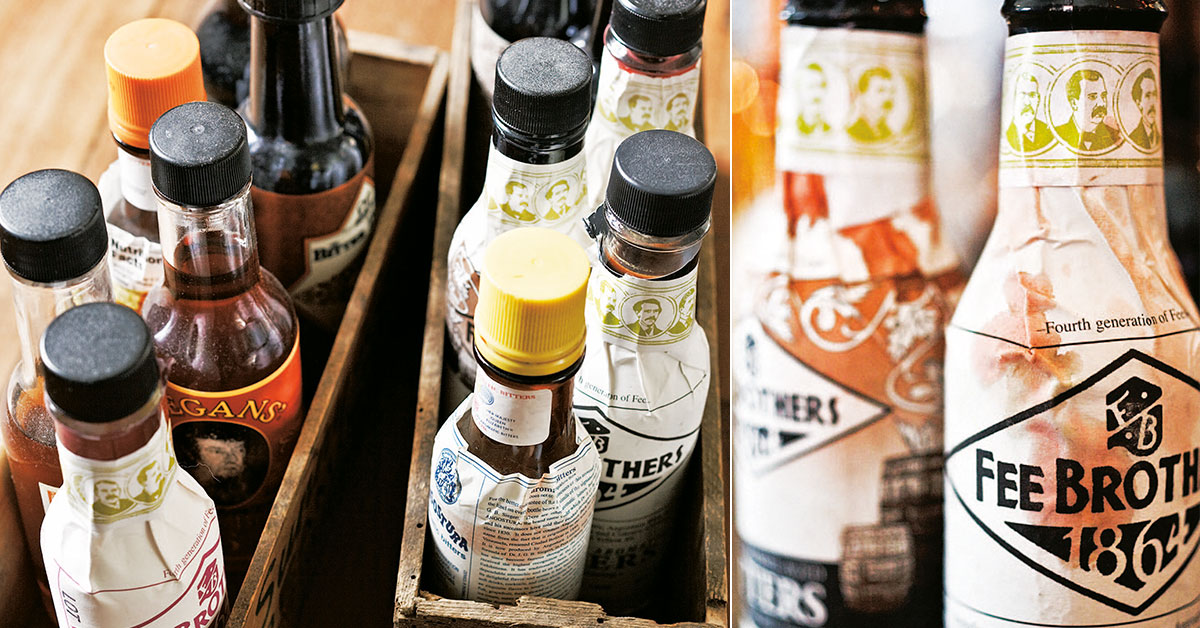 Fee Brothers Will Outlive Us All | PUNCH

Located on the southern shore of Lake Ontario in the northwest corner of New York state, Rochester is the birthplace of many renowned brands, from Eastman

Fee Brothers was such an odd case for the Cocktail Renaissance. On the one hand, it was this improbable surviver going all the way back to the Golden Age. On the other hand, practically everything Fee Brothers manufactured and sold, right down to their motto “Don’t Squeeze Use Fee’s”, was in direct opposition to everything the Cocktail Renaissance was about. And that never changed at all. To this day, Fee’s offers a sprawling catalogue of sour mixes and other artificially-flavored syrups, bottle cocktail mixes, and shortcuts to mediocrity.

Joe’s expansive “bitters” line certainly was influential: he pretty much created the idea that you could sell a slew of cocktail flavorings as “bitters” and then he got them widely distributed. Literally dozens of people fired up cottage industries attempting to follow the same model. The fact that virtually none of them—Fee’s included—were really bitters at all, or particularly useful, or even “good”, didn’t matter. The dazzling selection of novelties was enough—and continues to be, today. Even without bogus claims of medicinal advantages, there are plenty of people who find compelling intrigue in all these little bottles. Heck, a friend gave me a gift set of them a few weeks ago.

Those original Fee’s orange bitters were also a particularly useful catalyst: they were instantly found lacking, and inspired certain others to begin trying to understand why, and what could be done about it. (The tragic lingering popularity of “Feegans” proves that abject failure remains an option!) Whatever was learned eventually brought us at least a few great new bitters, most notably Bittermens Xocolatl Mole Bitters.

The fact is, we’d be quite a bit poorer without Fee’s, and we’re poorer without Joe. Joe showed up. Joe embraced the contradictions. Joe did pretty well. I never knew him well, but as far as I could tell, Joe was a decent fellow. And no decent fellow deserves to die at 55. Condolences to the family. I hope they regroup and find a way forward (and forgive my backhanded complements).

Exactly. Joe showed up. He acknowledged the drawbacks of his product line; he heard the criticisms and, yes, he didn’t change much. But he showed up and supported the movement, because he knew it would be good for Fee’s. And he did try a big to keep up with the times a bit. He didn’t have to invent all those new bitters flavors. And he experimented with aging bitters in barrels (the Fee’s bitters that cocktail bartenders most approve of.)

Fee’s bitters weren’t my favorite, but I kind of respect that Joe refused to change his business model much. After all, Fee’s was around when Jerry Thomas was bartenders, it survived the dark ages, and it will probably be around when all these hotshot mixologists have long since sold out and become liquor salespeople peddling crap far worse than Fee’s.

And we should forgot the early bitters work Fee’s did at the urging of Ted Haigh. Fee’s was always willing to listen to what the bar world was saying.

Sad news. Condolences to the family.

As for the actual products, I tend to be more forgiving. While I still haven’t found a permanent place for my Fee’s Rhubarb (or, frankly, most of the other goofball bitters I’ve acquired), it sure has been fun experimenting. The availability of products other than Angostura and Peychaud’s helped me view cocktail recipes as baselines that could be played with—and just possibly, improved upon. As a bonus, all the A/B testing certainly upped my alcohol consumption.

And the popularity of Feegan’s says as much about Regan’s as it does Fee’s, no?

As for the actual products, I tend to be more forgiving. While I still haven’t found a permanent place for my Fee’s Rhubarb (or, frankly, most of the other goofball bitters I’ve acquired), it sure has been fun experimenting. The availability of products other than Angostura and Peychaud’s helped me view cocktail recipes as baselines that could be played with—and just possibly, improved upon. As a bonus, all the A/B testing certainly upped my alcohol consumption.

I think that’s the positive, constructive side to the “flavor drops” market: add a touch of X to your Y. For example, this “Apple Blossom Bitters” from Hella Bitters I was recently gifted does that.

My conclusion, though, is that the only advantage these flavor drops have is convenience. They are never—never—as effective as other flavoring options: liquors, liqueurs, infusions, syrups, etc. Moreover, even as they contribute a hint of their featured flavor, they have a way of muddying the drink with whatever clumsy embittering agents are employed. (And with few exceptions, they are clumsy, indeed.) If you make a lot of drinks with the novel “bitters”, they tend to taste like it.

And the popularity of Feegan’s says as much about Regan’s as it does Fee’s, no?

Most certainly. I have never liked Regan’s Orange Bitters. First of all, they’re not orange bitters, they’re cardamom bitters. Actually, I’ve pretty much given up on orange bitters entirely. They just don’t seem worth the bother.

Thank goodness I don’t have any strong opinions.

I just occurred to me, as you paired opinions of both Regan’s and Fee’s in one comment, that bitters have sure taken a beating in the last few months. What next? A hurricane hits Trinidad?

Obituary from The Spirits Business:

Fee passed away last Thursday (6 February) after suffering complications from a respiratory infection, according to a statement posted on the Fee Brothers Facebook page.

The post said: “Ellen Fee and the loyal employees of Fee Brothers are saddened to announce the passing of our brother, friend and colleague, Joe Fee, who passed away this afternoon from complications of a respiratory infection.

“Details of the memorial will be announced soon, and shared to this page. Rest in peace, dear Joe. You will be missed.”

Family-owned company Fee Brothers has been operating in Rochester, New York, since 1864.

Joe and his sister Ellen Fee took over ownership of Fee Brothers from their father Jack in June 2012.

The funeral for Joe Fee will be held today (10 February) at 10am EST at St John of Rochester Church in New York.