The Age of the Manhattan riff

I wrote something for Punch about why every U.S. bartender was doing Manhattan/Brooklyn riffs from 2003 to 2010. 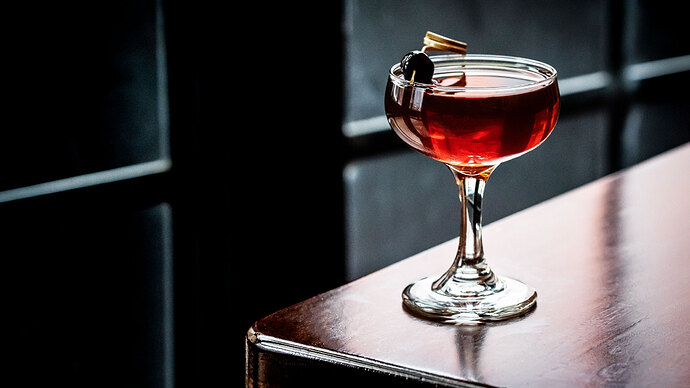 What Is It About the Manhattan? | PUNCH

There’s a reason why the Golden Age recipe has inspired more modern classic cocktails than any other.

An interesting thing about Punt e Mes is that it has been widely available all along. Long before Antica Formula showed up and kicked off the vermouth boom, Punt e Mes was just sitting there, underutilized. (It’s still underutilized.)

Way back, none of us—and I mean none of us—really understood what Punt e Mes was. It was clearly vermouth-ish, or vermouth extra, and sometimes it worked pretty well in place of, say, Martini Rosso. And sometimes not. It took years, and perhaps the eventual fascination with amari, for bartenders to start to click with Punt e Mes as an ingredient and build drinks around its exaggerated bitterness and sweetness (characteristics of amari).

I conjecture that adoption lag is quite similar to what happened back circa 1880, when vermouth went from excluded from the American bar to ubiquitous in the American bar. Vermouth had been available—at least in some American markets—for many years by then, but it was shrouded in obscurity. An ethnic specialty. Even those who could read the Italian or French on the label wouldn’t have learned much. At some point, there was a critical mass of people sampling the stuff—I suspect Martini’s aggressive marketing was a factor—and bartenders eventually set about experimenting with it, but none of those early attempts were probably overnight successes.

Like Punt e Mes in this era, bartenders had to find the ingredients that actually worked with vermouth, and then customers had to acquire the taste for the result. “Gin” and “whiskey” in 1880 were not quite the “gin” and “whiskey” of today—we don’t even really know what they were. For that matter, the vermouths of then were probably somewhat different, too. (We do know the Italian vermouth wasn’t red/brown, yet. Moreover, today, our vermouths, gins and whiskeys have evolved in each others’ company—undoubtedly influencing each other along the way.)

Anyway, it all worked out swimmingly—obviously—but took time. Which is also why I think the Manhattan and Martini (and all the other names for the same drink) sort of seemed to come out of the woodwork all over the place, kind of simultaneously. It was a collective moment in a slightly slower era.