The Cocktail Book: A Sideboard Manual for Gentlemen

Yesterday, I wrapped up an initial foray into the convoluted situation around this slim volume: 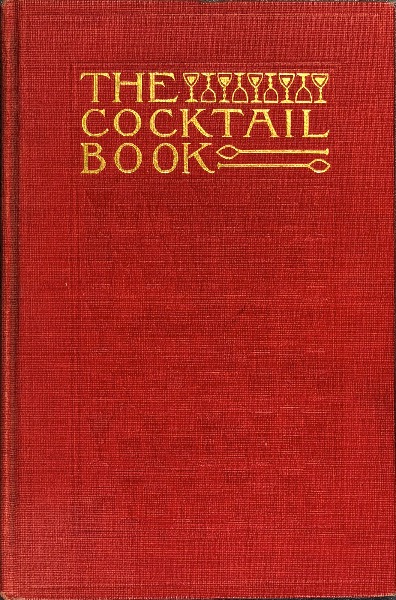 I say “initial” because there are many questions about it I still cannot answer, most obviously, who wrote it and how it came about. It’s a resolutely anonymous project. Notably, the introduction begins,

This book is not placed before the public as a “bar-tender’s guide,” nor is it a list of all the fancy combinations of various liquors invented to advertise certain establishments, or for imposing on the ignorant. It is a recipe book compiled for private use.

This is one of the earliest, and maybe the first, cocktail book intended for home use.

The book was published in 1900 by L. C. Page & Company, the firm of Louis Coues Page, who found enough success to co-own the Boston Braves circa 1910. It’s possible this book was somehow a product of his editorial staff—it seemed he did publish books on a wide range of general interest topics.

In 1902, a significantly different version was published in London by John Macqueen. (You will also find a PDF of this edition on the EUVS site.) This version stripped out a couple dozen recipes from the original. These omissions may have been an attempt to tailor the book for the English market—many of the drinks removed required applejack and calisaya. Other omissions, such as the silver fizz may have been arbitrary. Three additions were made:

In 1925, L. C. Page & Company issued yet another New Revised Edition, which was exactly identical to the 1913 edition, except for an entire section inserted in the middle under the title “Some Recent Favorites”. This new section added the Daiquiri, Bacardi Cocktail, and a dozen or so obscurities.

In 1926, the 1925 edition was published in London, verbatim, by John Hamilton, Ltd. (The West India Swizzle and Digester from the 1902 edition are not included.)

The upshot is that there seems to be only three true editions of this book: the 1900, the 1913 and the 1925, all originating in Boston. The peculiarities of the 1902 version for England make for an interesting footnote.

Forgot to mention, there’s an 1883 trade book called McDonough’s Barkeeper’s Guide out of Rochester, New York, that is also subtitled “Gentlemen’s Sideboard Companion”. While this one is clearly a trade publication, you can maybe see hints of tilting toward the popular market in the subtitle and introduction. I haven’t found any other connection between it and The Cocktail Book. 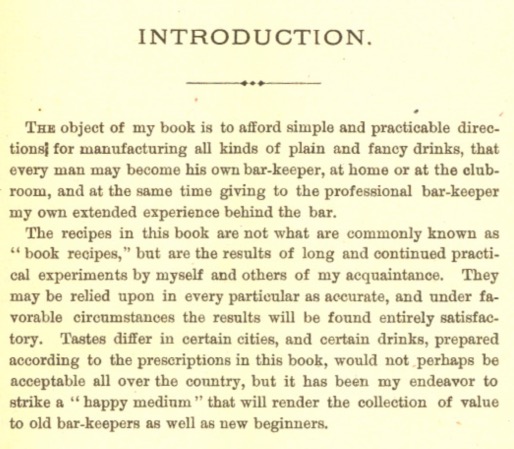 This is very useful. I think the book is also important because of its title, which signposts the beginning of the process whereby airlines can call a cup of ice, a splash of soda water and a mini-bottle of Dewar’s a “Cocktail.” It is the first book to use “cocktail” as a synecdoche for the whole world of mixed drinks.

I think the book is also important because of its title, which signposts the beginning of the process whereby airlines can call a cup of ice, a splash of soda water and a mini-bottle of Dewar’s a “Cocktail.” It is the first book to use “cocktail” as a synecdoche for the whole world of mixed drinks.

Great point. Although the book is still organized such that cocktails are segregated from fizzes, punches etc. Do we know the first book to actually lump everything under “Cocktails” regardless of form? (Harry McElhone basically does it in 1922, I think.)

Just to add some spice to this old thread…

I recently found a 1903 Uruguayan cocktail book –the first known cocktail manual in the River Plate region (Argentina and Uruguay) so far– that is essentially The Cocktail Book plus a handful of other recipes, probably from another English or American source yet to be traced…

The author, C. Lefèbre (couldn’t find any information about him), adjusts some recipes to sub for ingredients that weren’t being imported… Scotch subbing Rye Whisky, etc.

Will be back with some updates as soon as I dive deeper into the subject.