The Rum Reader has committed itself to the infinite study of the crucial rum sour, the Daiquiri. We’ve organized several symposia with bartenders and drinks historians across the country, and plan to keep on doing so.

But in kicking off discussion of this important subject, we turned to @AudreySaunders who produced this excellent brass tacks essay on how she approaches the drink. As I feel there will necessarily be overlap between the S&C community and Daiquiri disciples, I offer the following. 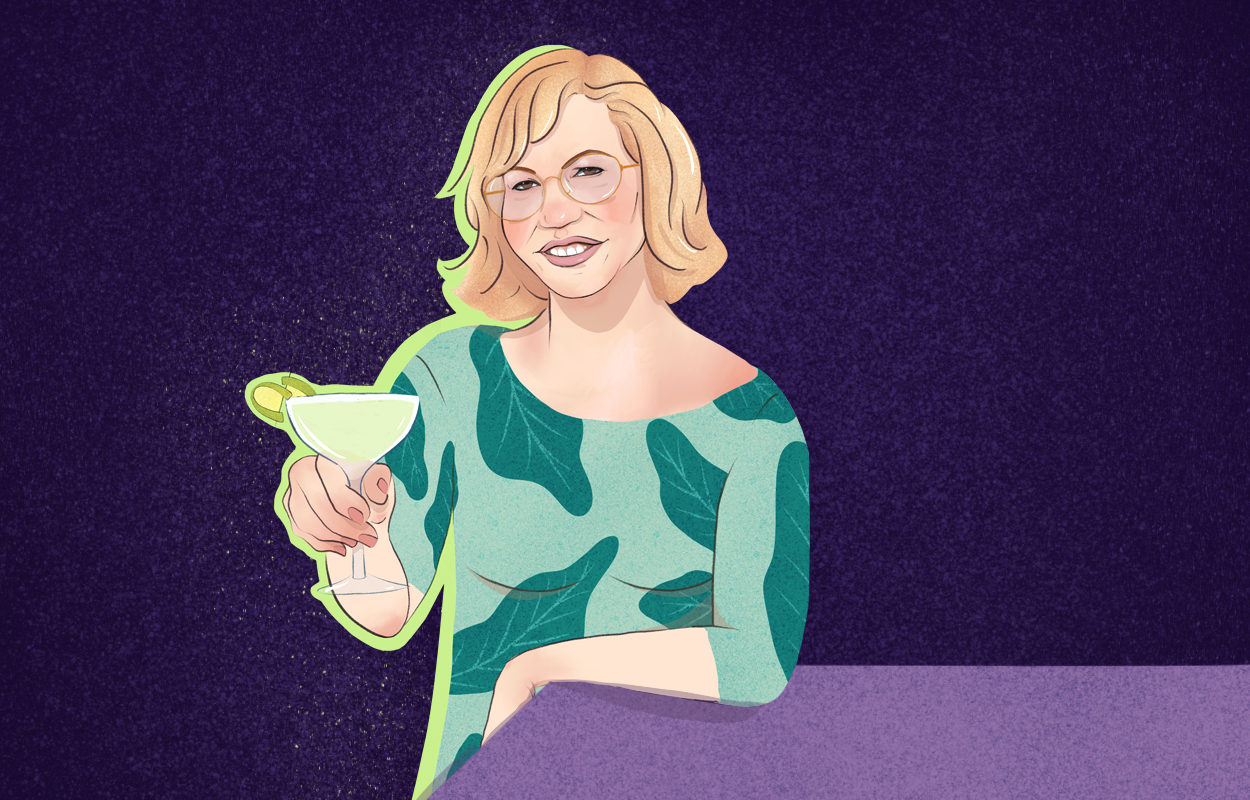 As the Daiquiri is the preeminent rum cocktail, we knew we had to investigate it for the inauguration of the Rum Reader. Accordingly, we invited a who’s who of New York bartenders and historians to meet us at that storied drinks headquarters, Death...

I read this when you first published it. An impeccable dissection of the elements that make this drink sing.

For me, the elephant in the room for any Daiquiri discussion is the gaping void in the market of a rum that is truly like the old Carta Blanca. Once you’ve gone there, you can never truly go back. There’s an elusive set of characteristics—aromatics for sure, but also a balance of other things I cannot pin down—that make the old juice perform uniquely. Perhaps one day, someone will crack the code? Hope springs eternal in the human breast.

So, in my mind, I now draw a conscious distinction between a “Daiquiri” (big D) and a “daiquiri” (little d), the first being a Cuban drink made with an extinct Cuban rum, the latter being the myriad adaptations of the concept that incorporates the vast diversity of the rum category. The latter can be as sublime as any drink can be, if you nail it. Here’s how!

Within what they call the ‘Professional Editions’, Havana Club launched last year their take on the old Carta Blanca. They asked the head bartender at El Floridita what rum he would like to work with (the series is developed in collaboration with bartenders) and he said he’d love to have something closer to pre-revolutionary Cuban rum.
The brand reached out to retired Cuban rum industry pros and, armed with their feedback, one of their master distillers worked on the juice.
It doesn’t have an age mention but it’s aged longer than your standard HC3 - about 4 years if I remember correctly. It retains the freshness of HC3, with added depth and complexity. It’s quite nice, and makes a great Daiquiri. I think @AudreySaunders and @RobertHess had a taste last year in Cuba.
They didn’t use a pot still though. 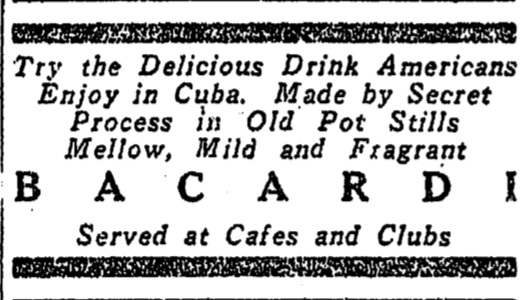 Most intriguing. A little extra age might be part of puzzle. 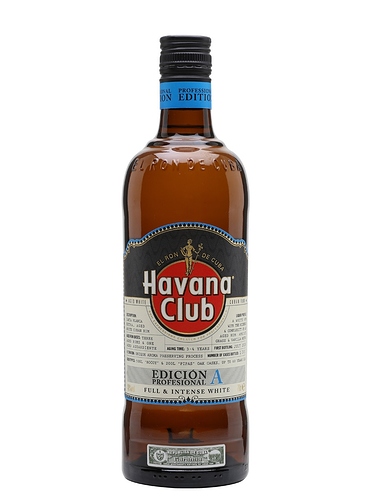 They should have used a pot still. Not sure if what we tasted was the final product, but it definitely did not strike me as a Daiquiri rum. Based on that particular sticking point, I had a lengthy conversation with them afterwards, and provided a good deal of feedback. I’m not sure what the end result was- I haven’t tasted it since.

If I remember correctly, the second rum of the series, made in collaboration with Nick Strangeway (I believe you also tasted it?), was changed before its official release at Bar Convent Berlin. Not sure about the one we’re discussing. I have a bootle of an earlier release, made for Floridita’s anniversary in October 2017 and it would be interesting to taste them side by side. Personally, I like how it works in a Daiquiri.
I may try and bring a bottle with me next time I’m over.

Re the pot still, the interesting thing about the ad is that it comes, according to what I heard, a full three years after the pot still was actually retired. And many, many years after Bacardi introduced the column. So I’m not sure how accurate it is or how much pot still there actually was in Cuban rums when the Daiquiri got popular Stateside.

It’s fascinating how Bacardi built the best-selling spirit in the world while incrementally changing not only how it was produced, but how it tastes, from pot still rum all the way to something only marginally different from vodka. And they not only got away with it, they were rewarded.

With the participation of a few S&C members, we held our second Daiquiri Symposium at Manolito in New Orleans. Here’s the transcript of cocktail nerds cocktailing-nerding about that crucial rum sour. 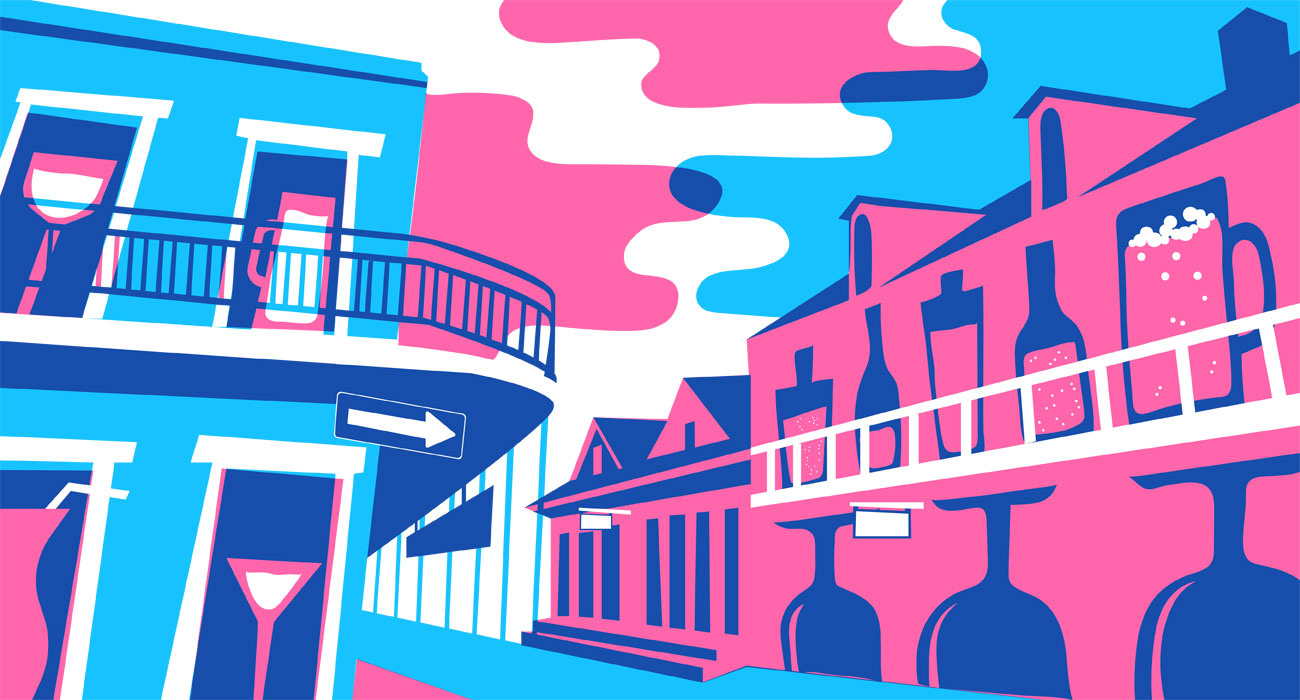 The Daiquiri Dossier: A Symposium in New Orleans

After our first Daiquiri Symposium at Death & Co. in New York in May 2018, it became clear that the Daiquiri was an inspiring topic for just about everybody in the bar industry, and that our symposia were bound for glory, fixing to criss-cross...

Just learned that Latitude 29 is switching to Hamilton White ’Stache.

Love to see the growing consensus that granulated sugar is preferable to syrup in the drink. At last year’s symposium I felt like a voice in the wilderness on that topic.

The best Daiquiris I’ve had have always been made with granulated sugar. I’m on board.

The New Orleans crew seemed to be more influenced by Cuban traditions, even outside of those who worked at Manolito, the Cuban-inspired Daiquiri bar. Our third discussion in Chicago (publishing soon!) returned largely to syrup. However, Sparrow, a fine establishment in that city, makes its Daiquiris with granulated sugar.

I feel that there is some kind of “American craft bartender standard Daiquiri” which uses simple syrup because so many other drinks they are making use simple syrup, and the Daiquiri must conform. Places that are focused on Daiquiris per se tend to go the granulated route.

I believe that’s exactly the case. It’s one of the drawbacks of the Mr. Potato Head/template school of mixing drinks. Small differences are perceived as minor and unimportant and subtleties are lost. I think the model is a powerful and useful one, but sometimes it falls down at last-mile stuff like this.

The Daiquiri devotees march on to Polynesia on the Prairie (also known as Three Dots and a Dash) for a symposium in Chicago. This one got somewhat technical about bartenders’ preferences, and was our first in front of a live, studio audience, who had questions.

The Daiquiri Dossier: A Symposium in Chicago

These Daiquiri Symposia are becoming a “thing.” We have sat down with bibulous boffins at Death & Co. in New York and Manolito in New Orleans. Each time the conversation was unique. We knew we had to keep exploring. Now, we offer our our third...

I don’t know if it’s okay to post this here, but I developed some of the thoughts expressed above into a rather overblown essay on the philosophy of the Daiquiri. It’s here: 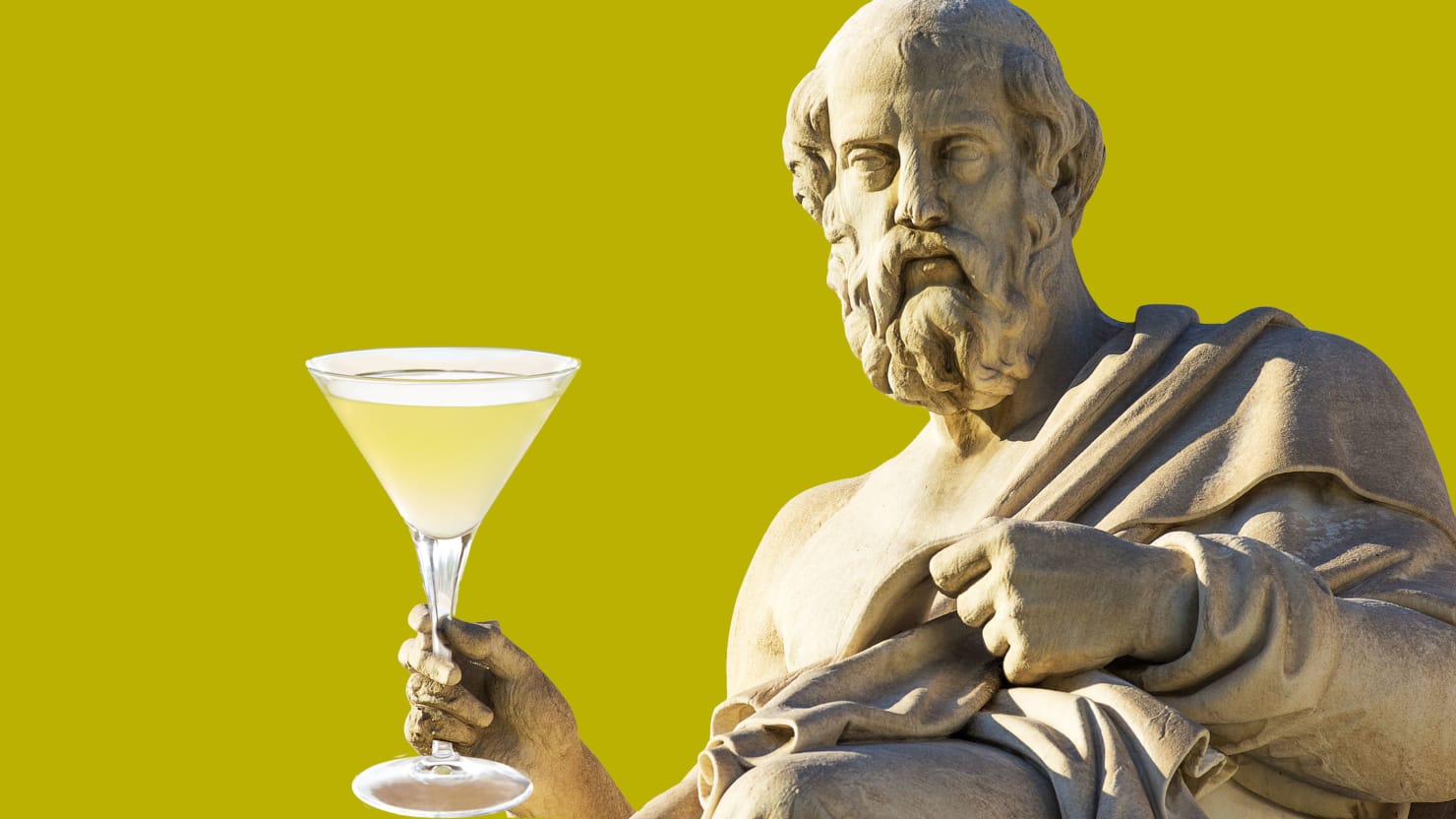 Plato & Aristotle Walk into a Bar

A meditation on the art and science of mixing the perfect Daiquiri.

Pretty good essay, I think. Certainly the most compelling case yet made about distinctions I have been skeptical of.

For me personally, roping in the Ti’ Punch was a good move, since I drink gobs of them, and am already perfectly aligned in terms of technique.

Thanks! What distinctions are you skeptical of?

I’ve been skeptical of the crystalized sugar vs. sugar syrup thing. Particularly if you use a strong syrup rather than a 1:1 simple. And I’m not a fan of a pile of sugar crystals in the bottom of my glass. I’ve done some A:B testing on my own that I found inconclusive. That said, I’ve been forcing myself to use plain sugar recently when testing Daiquiris, and that does work fine.

In any case, I think you’ve laid out the sugar case pretty clearly, and I appreciate the underlying drink-as-technique argument.

The Sazerac has quite a bit of “technique” surrounding its compounding, what with the two tumblers and all that stuff, but my current thinking is that little of that effects the actual drink. Rather, once you’ve coated the serving glass with absinthe, you can make just as good a Sazerac using conventional stir/strain Whiskey Cocktail technique.

… dammit… now I want a Sazerac.

If you try a triangle test with sugar and syrup Daiquiris (i.e., two of one and one of the other) you should be able to pick the odd cocktail out with regularity. They are different, albeit not dramatically so. If you give the sugar a quick stir first you shouldn’t get sugar at the bottom of the cocktail glass; I never do, anyway, not with plain granulated white sugar. Other kinds can be much more difficult to dissolve.

There are a number of classic cocktails that, in their original form, call for what are now aberrant or at least non-standard techniques. The Julep, as I mention, and the Sazerac, as you do, but also the Old-Fashioned, which people are always trying to police these days, whether it’s just by using syrup or by making the whole thing in the mixing glass. There are others.

When I first started writing about drinks, I used to spend a fair amount of time trying to rationalize such drinks but now I tend to regard any such artifacts of technique as a gift; as the dead hand of some past bartender reaching forward and handing me a drink. There are many paths through the woods, as the saying goes, and these days I appreciate knowing another one more than I do some incrementally increased efficiency in navigating one I already know.