The Rob Roy Cocktail and its antecedents

For fun, pointing out this Manhattan recipe from Charlie Paul’s 1884 American and Other Drinks (discussed here):

My supposition is that, at that time, American rye whiskey was as scarce in England as scotch was plentiful, and thus the Rob Roy was born in all but name. Less clear is whether this particular variant achieved much traction.

By the time Paul created his expanded 1887 edition, he had two advertisers on board who were importing American rye. He left the above recipe untouched, however, instead adding a new Fancy Manhattan Cocktail that specified rye.

Although this recipe is rewritten, it otherwise precisely matches the proportions of the Manhattan Cocktail recipe found in the 1887 (posthumous) edition of Jerry Thomas’ book.

@splificator has already pretty much nailed down the creation of the Rob Roy in New York in the 1890s in relation to the Broadway production of the same name (see Imbibe 2nd Edition), but one of the earliest appearances in a book must be the 1900 edition of The Cocktail Book: A Sideboard for Gentlemen (discussed here) out of London. 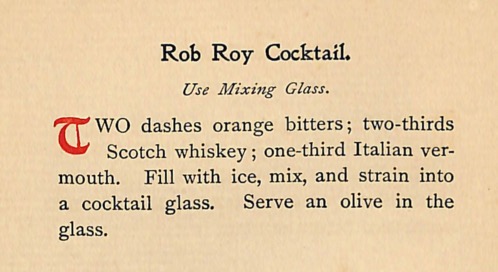 I’ll take my olive on the side, please.

If I remember correctly, @Splificator discusses Charlie Paul’s scotch Manhattan on the Daily Beast podcast dedicated to the Manhattan.

Took me some googling, since the search feature at The Daily Beast site was clearly designed by the Prince of Insufficient Light, but I did turn this up: 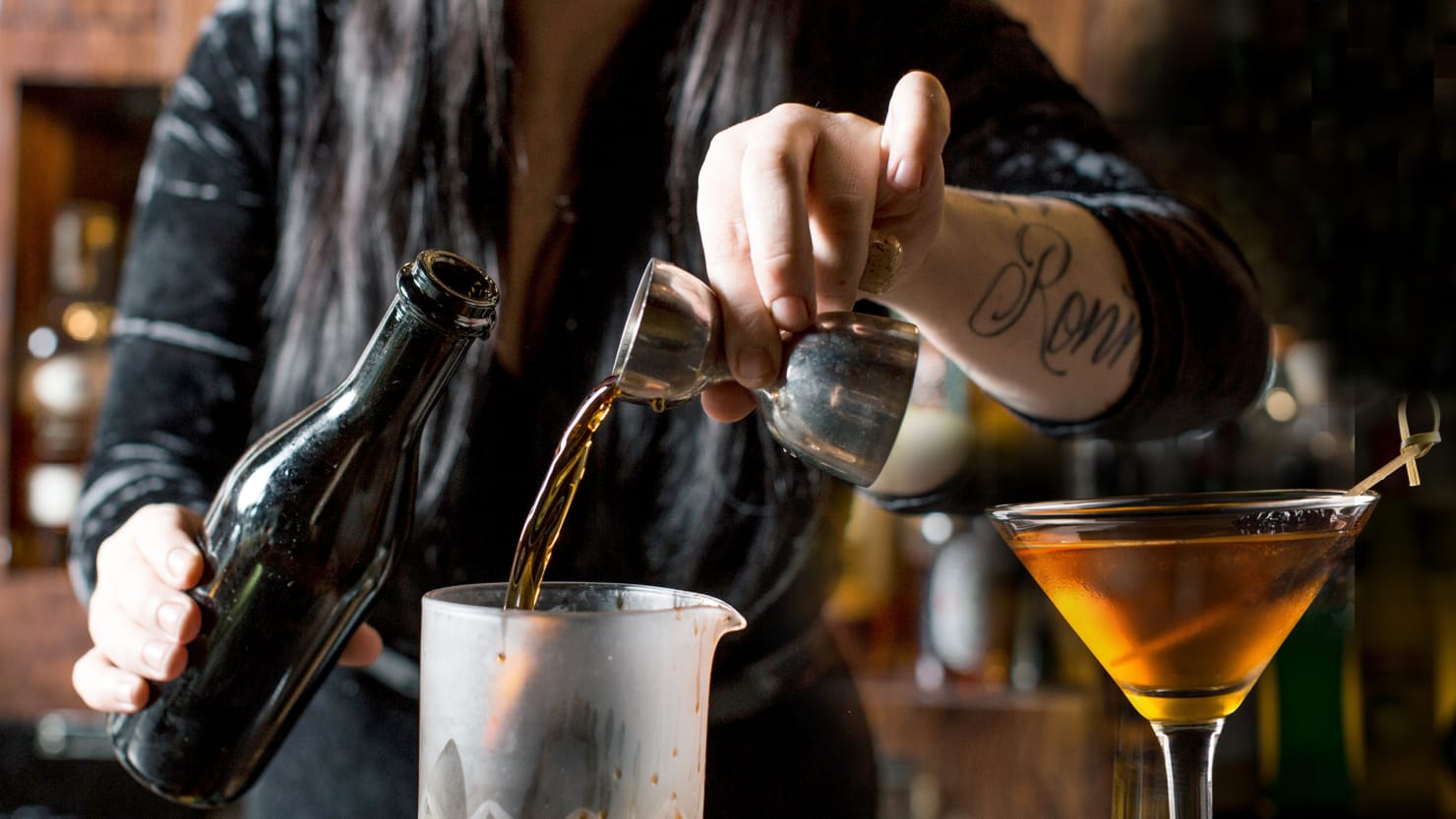 Piecing Together the History of the Rob Roy Cocktail

The lengths that a cocktail sleuth goes to finding the roots of this Scotch-and-vermouth drink.

No Charlie Paul references. But this is not a link to a podcast. So far, I have failed to locate that.

It’s Episode 13 of the podcast, available on Soundcloud.

Still no Charlie Paul references and only a couple Rob Roy references, but always a good listen.

I know I’ve looked into Paul’s Manhattan for something because I have a screenshot of it in my files from last summer, but for the life of me I can’t remember what the context was.

American whiskey was available in the UK, but fitfully. Neither it nor Canadian whisky were in regular commerce until well into the 20th century, as far as I can tell. In other words, as a practical matter Scotch or Irish were your choices for whisk(e)y drinks. Some mixologists acknowledged that, as Paul did; other’s just printed the American recipe and let their readers figure it out themselves.

I actually listened to some of the podcasts earlier this week, and distinctly remember Noah Rothbaum bringing it up and our @Splificator friend mentioning American whiskey ‘fitful’ availability. Am I going crazy? Was it on another episode? Not that important, mind, there wasn’t much more to it than what we just mentioned. Still, am I going insane?

Still, am I going insane?

No more than any of us, I’m sure. I haven’t listened to all the programs, yet, myself.