The overwhelming majority of historical mixed drink recipes (and not a few contemporary ones) that call for sherry, literally call for “sherry”. A tiny minority toss in an adjective such as “dry sherry”. Once in a great while, you’ll get “brown sherry” (actually something specific, maybe) or “pale sherry” or “sweet sherry”.

I have included a slew of examples below, spanning 100 years. I could’ve included vastly more, but I think this might suffice.

This terminology doesn’t obviously map to our contemporary sherry styles:

@Splificator notes (in Imbibe) that “pale” and “brown” were common historical parlance, which sure sounds to me like improvised terminology filling a void. (I suspect that an awful lot of sherry drinks were tossed off with whatever happened to be on hand with the letters “Jerez” on the label.)

While I am no “sherry expert”, I have tasted enough sherry and am confident I can apply my own preferences and informed discretion to make these drinks in a way that is satisfying to me, but that is beside the real question, which is what we can and should tell (write for) people who lack that experience? What is safe to say, and what is overreach? 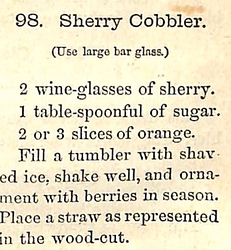 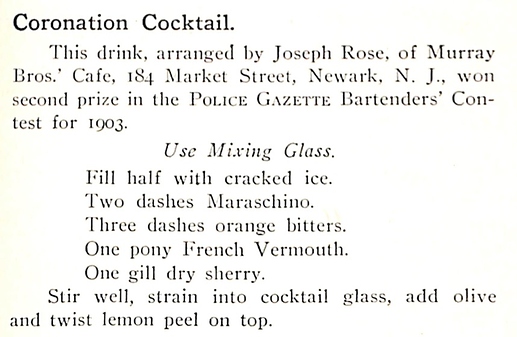 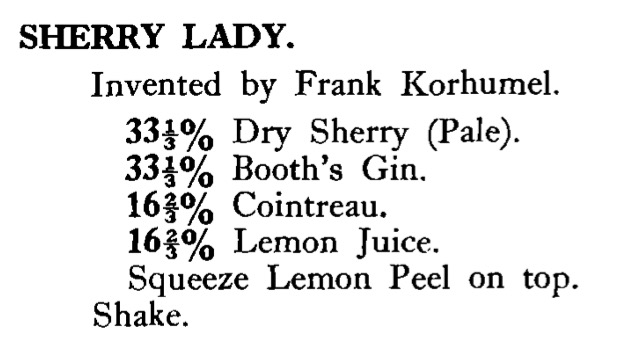 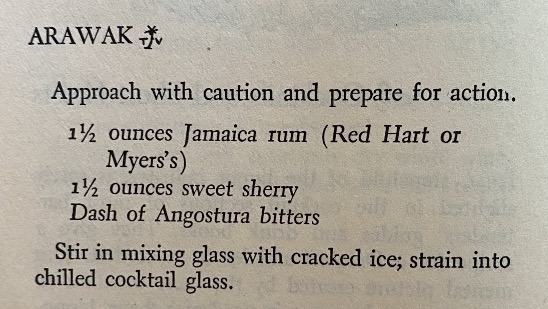 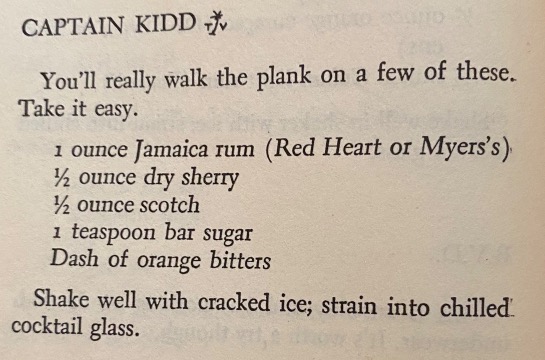 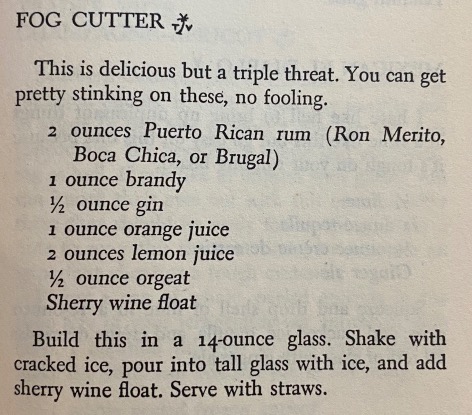 Very reminiscent of too many rum recipes.

I’m (apparently) lucky to have access to a copy of “Sherry, Manzanilla, and Montilla: A Guide to the Traditional Wines of Andalucía” by Peter Liem and Jesus Barquin (I bought it for our store’s library a few years back; @martin recently informed me the price has shot upwards of $150 for a copy now… good timing!), which has a wealth of well-researched information about wine from Sherry-Jerez-Xeres, and all its attendant misconceptions.

In the section on the history of Sherry wine, they have this to say:

In the eighteenth and nineteenth centuries, sherry for export was largely made as a dark, rich wine, usually sweetened and heavily fortified. This was not necessarily the case with the sherry consumed in the region itself, however: Thomas George Shaw, in 1863, commented, “One can no more drink, in Spain, the sherry usually consumed in England, than they can, in Oporto, the usual English port.”

It is during this period that we first see references to biological aging, or aging under the veil of yeasts called flor. All evidence suggests that this method was first practiced in Sanlúcar de Barrameda, becoming popular in the mid- to late-eighteenth century. These wines were typically intended for local consumption, and surviving documents lead us to believe that they were not fortified. At this time, stretching well into the nineteenth century, the wines of Sanlúcar were not considered to be sherry, but were instead seen as constituting a distinct class of their own.

Given all that, it seems to me that the Sherry Problem might be similar to the Champagne Problem, in that almost all the cocktail recipes being conceived farther afield than, say, Madrid, were probably using heavier, sweeter wines than what is currently available/popular.

To the question of what all that “pale” “brown” “dry” “sweet” nonsense was, I’d guess it was mostly just been a layman’s way of making sense of an evolving market that, by the beginning of the 20th century, was probably starting to include some of the “local” styles that may have previously been only available in Spain?

“Sherry, Manzanilla, and Montilla: A Guide to the Traditional Wines of Andalucía” by Peter Liem and Jesus Barquin (I bought it for our store’s library a few years back; @martin recently informed me the price has shot upwards of $150 for a copy now… good timing!)

If anyone reading this wants that book and reads Spanish, the Spanish version was (at last!) published a year ago or so.