I have not yet researched this topic deeply, but after Wayne Curtis remarked on it on Twitter, I went ahead and made a batch of lime “superjuice”. I simply followed the (loose) directions on this video:

The value proposition here is:

I haven’t tested the stability part—I now have two jars of the stuff to store—but I can report that the process does produce a significant volume of liquid that tastes indistinguishable (to me) from straight fresh squeezed lime juice. I made a Daiquiri with it, and the drink was quite nice.

I’ll leave it to others to run the numbers on cost differentials (the acids aren’t free). The process was not onerous, although I’m not sure it’s that suitable for home use, except when you’re throwing a large party. The “sustainability” claims for the process for bars is intriguing. Has anyone looked into the “footprint” of the production of powdered citric acid and powdered malic acid?

Refrigerated, the engineered lime juice has not spoiled, but it has perhaps degraded noticeably.

It’s maybe a touch paler than it was.

Taste-comparing it against fresh-squeezed, they are not quite the same:

I do not think the engineered juice tastes “off” at this stage.

In a Daiquiri, all the above basically applies. The Daiquiri with the engineered juice is slightly paler, and ever so slightly… thinner? It’s still a passable Daiquiri, though, not some degenerate concoction.

I’m happy to see someone else researching this topic. I feel an instinctive aversion to things that feel more like lab-work than cocktail mixing, though the line I draw might be somewhat arbitrary. (I have no problem, for instance, pulling together the many ingredients for a Black Magic, but I have no interest in ever fat-washing anything.) But engineered citrus juice (a term which I far prefer to “superjuice”) has two value propositions that seem hard to ignore:

It sounds like the shelf-stability promise may not be everything a person could want. If I’m going to make a friend a daiquiri, I’m shooting for the best daiquiri available.

But I guess I still need to investigate the relative effort of making, say, 20 ounces or more of engineered lime juice versus juicing 20 limes by hand. (I guess cost matters, too, though probably less than effort.)

I made my first batch of engineered lime juice, and made A/B daiquiris for my wife and two friends to try. (I also tried them, though I couldn’t do so without knowing which was which.) Everyone found the two versions very different, and 2/3 of them preferred the daiquiri with fresh lime juice. The engineered lime was noticeably thinner (I’ve read others comment on the difference in mouthfeel) and also seemed less sharp. I preferred the lime juice version myself, and probably would only consider the engineered version for use in more complicated tiki cocktails.

It does, of course, introduce the possibility that small things about the preparation could influence the product quite a bit (maybe my engineered citrus wasn’t made that well). So I’ll have to try it again. Overall, the process of making the juice was pretty easy, though I found limes surprisingly tricky to peel. I can peel apples and lemons all day long, but the limes I was using at least had much thinner and trickier peels.

If you found the two versions “very different” then I would suspect a flaw with your super juice process. The comparative results should be, at worst, only slightly different.

Mouthfeel will be different, but this is a small nuance and I wouldn’t be surprised if someone eventually comes up with a solution to that. If you found your super juice less sharp, then you probably didn’t get quite the right amount of the acids added. You do need to use one of those tiny gram accurate scales for this (luckily, they’re really cheap). The bigger challenge might be the aromatic difference, particularly if you’re used to lime squeezed a la minute. Of course, few bars do that.

In the end, I see little point in making super juice for home use (unless you blow through a LOT of citrus juice), but for bar programs, it seems to be proving itself, although I have no idea how many programs have adopted it. Ideally, they could adopt it and nobody would be any the wiser.

One thing that amuses me about all this is how making super juice kind of harkens back to the 19th Century when bartenders were compounding all sorts of stuff to serve their customers.

I have an OXO digital food scale and was exacting about my measurements, but I thought the same thing: that a lack of sharpness probably indicated an error in acidity.

I did use a regular blender rather than an immersion blender; I wonder about the peel consistency as a possible source of some of the difference.

But it’s useful to have your report about how minor the difference in mouthfeel should be. I’ll repeat the process and see what I come up with.

I agree about the relative inapplicability of super juice for home use. As I mentioned before, I’m interested in it mostly for parties, where the preparation for serving a more complicated cocktail along the lines of a black magic can take several hours.

Yeah, the OXO digital foods scale is not gram accurate. Not even close. (I have one too.) For measuring powders and stuff you need one of the gram accurate “jewelers’ scales” like those from AWS, Fuzion, et al. They are tiny and battery operated and should come with a protective lid. Amazon sells a bunch of them for around $10 a piece. (It’s also useful for cooking and measuring tea or coffee.) I particularly like this slightly more expensive version: 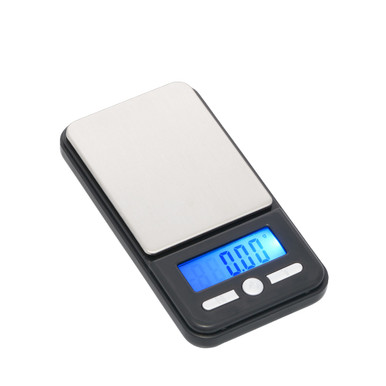 It defies my intuition that minute differences in grams could have such a large effect in a recipe of this scale, but my intuition on this subject may be under-informed. I’ve ordered the one you mentioned from Amazon (which seems to be significantly cheaper on Amazon… I’ve tried to check all the visible details and it really seems to be exactly the same model) and will use it for the next batch I try. Thanks for the tip!

This is interesting: using the superjuice technique to make a new citrus juice viable for mixing drinks.