Marco’s “The How and When”, unsung

In 1937, Marco’s published the first in a series of lavish, hardbound books for their customers, containing articles about wine and spirits, ads, and an extensive collection of cocktail recipes. The covers of these books were often personalized for the customer. 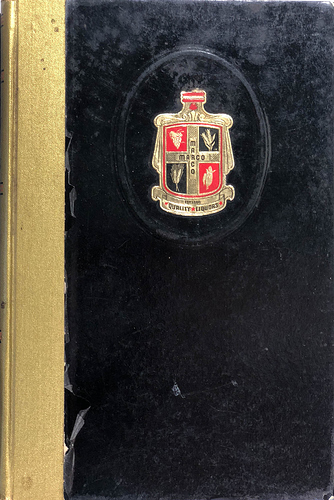 These books, credited to Hyman Gale and Gerald F. Marco, are remarkably good, and probably the only liquor store books that border on canon.

One interesting addition to the second edition (1940), is a section of Tropical Specialties: 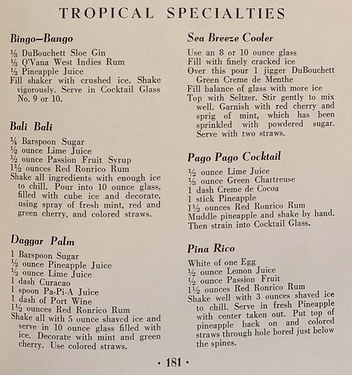 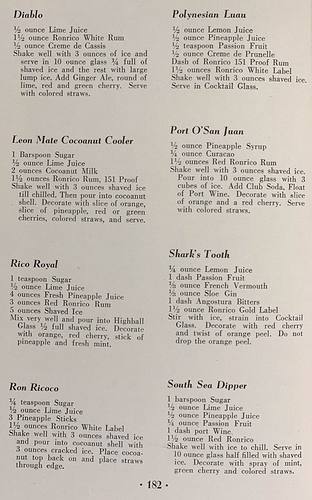 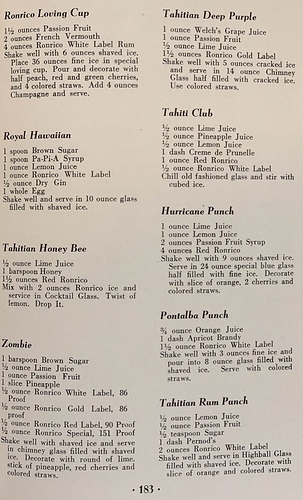 Examination of these recipes reveals that all—save the first recipe or two—are reproduced verbatim from RonRico marketing materials. Of these recipes, at least two might cause a double-take: the Diablo and the Hurricane Punch. We know these recipes appear in various RonRico pamphlets (including these booklets), but dating RonRico materials has been problematic, whereas with Marco’s How and When, we have a year: 1940.